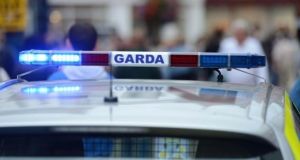 A five-year-old boy has died following a farm accident in Co Roscommon.

Conor Campbell from Drumshanbo, Co Leitrim, was fatally injured when he fell from a trailer on his family’s farm.

Gardaí attended the scene of the accident which occurred in Tulsk at about 5.40pm on Sunday evening.

He was pronounced dead at the scene and his body has been removed to the mortuary at Roscommon University Hospital.

The child is survived by his parents Emma and Joseph, brothers Mark and James and his grandparents Maureen, Anthony, Kathleen and Jim.

A Garda spokesman said a file will be prepared for the coroner and a postmortem will take place in due course.

The Health and Safety Authority has been informed of the incident and it will conduct an investigation, a spokesman said.