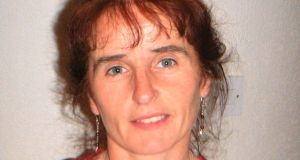 Chase (Cork Harbour Alliance for a Safe Environment) chairwoman Mary O’Leary: “We recognise thorough examination of the facts presented takes time. However we struggle to understand the repeated postponements . . .”

A Bord Pleanála decision on a planning application for a €160 million incinerator on the shores of Cork Harbour may not be announced for several weeks. The Irish Times has learned that the planning body will not meet its target date of January 24th for deciding on whether the project, proposed by Indaver Ireland, will go ahead.

The company lodged a planning application for the incinerator on January 13th last year and objectors were given seven weeks to lodge their opposition. An Bord Pleanála was then due to give a decision on the project within 18 weeks of the final day for objections. An oral hearing into the development was held in April and May and An Bord Pleanála was due to issue its decision by July 12th. However, on July 5th it issued a statutory notice under section 126 of the Planning Act deferring a decision.

In the notice, An Bord Pleanála explained that it was deferring the decision until October 26th due to the complexity of the issues involved and the fact that the oral hearing ran for 17 days. However in October, the planning board wrote to Indaver and those objecting to the project, including Cork Harbour for a Safe Environment (Chase), to say it would not make the October deadline and was instead expecting to reach a decision by January 24th. However it has now emerged that will a decision is to be deferred for a third time. The Irish Times has learned it may be several more weeks at least before a decision is made.

A Bord Pleanála spokesman said “the case has not yet reached the closing stages” with regard to a decision. The spokesman refused to comment further but The Irish Times understands the matter has yet to come before the planning body’s board for consideration.

It is believed that the report on the oral hearing is close to completion, whereupon it will be given to one member of the nine-member board, known as the presenting member, who will study it in detail before presenting it to the board for consideration.

Sources indicated to The Irish Times that, given the project’s controversial history where Indaver began but withdrew a judicial review of a previous refusal of planning permission, the board was likely to be extremely meticulous when it came to assessing the inspector’s report.

Indaver confirmed it had been informed that a decision would not be delivered by January 24th while Chase expressed dismay at the fact that a decision has been deferred for a third time.

“Chase understands Bord Pleanála’s reasoning that this is a complex case, which was the reason given for the original postponement of the ambitious July 12th deadline,” the group’s chairwoman Mary O’Leary said.

“We recognise thorough examination of the facts presented takes time. However we struggle to understand the repeated postponements, particularly when serious irregularities in dioxin figures in Indaver’s application were exposed on the final day, which led to hearing Inspector Derek Daly saying it brought ‘the veracity of documentation into question’.”