Michael Cullen’s brother thanks everyone who assisted in the search 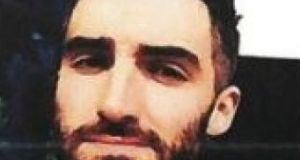 Michael Cullen (33) had been missing since January 9th.

A body of a man who had been missing since January 9th has been found in north Belfast. The family of Michael Cullen (33) said his body had been recovered at Cave Hill.

Since he went missing his family swamped Belfast and further afield with posters of Mr Cullen urging the public to assist in locating him.

In a Facebook post on Wednesday evening Niall Cullen, brother of the missing man, said it was with the “heaviest of hearts” he had to report that his brother’s body had been recovered from Cave Hill, and that the body was being brought back to the family home.

“Despite all our best efforts over the past three weeks tragically it is not the outcome that all of us wished and prayed so hard for,” he said.

He described his brother as a “highly talented guy” and a “much loved son, brother, cousin and friend to many whose hearts are now broken”.

The PSNI confirmed that a body was found in the Cave Hill area on Wednesday afternoon. Detective Inspector Natalie McNally said a formal identification and post mortem examination will take place in due course. “However at this time police are not treating the death as suspicious,” she said.

1 Midlands lockdown: Movement restrictions in place for residents of Kildare, Laois and Offaly
2 Masks Q&A: Who has to wear them in shops and what happens if you don’t?
3 Workers diagnosed with Covid-19 or certified to self-isolate can claim special illness benefit
4 ‘Draconian’: TDs from across Midlands shocked and angered over lockdown
5 Main points: What restrictions have been imposed on Kildare, Offaly and Laois?
Real news has value SUBSCRIBE