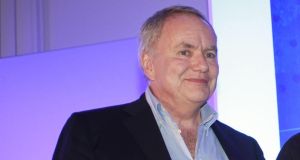 The International Federation of the Red Cross warned its local charities last April to stop using a Dublin-registered online donation platform that allegedly failed to pass on €3.8 million raised for charities.

Ammado, the parent company of Pembroke Dynamic Internet Services, was the subject of a criminal complaint by the Geneva-based federation to the Swiss authorities about its fundraising seven months later.

The court heard on Tuesday that its founder Peter Conlon (63), a technology entrepreneur, has “gone missing” and may be in custody in Switzerland where he has been living in recent years.

Funds raised for charities were used to run the business and for Mr Conlon’s personal expenditure, including €40,000 paid to a woman he was believed to be “romantically involved with,” it was claimed in court.

Concerns about charitable donations has led the Charities Regulator to open an inquiry into the company’s fundraising activities.

The regulator told The Irish Times that it had contacted Pembroke’s liquidator, Myles Kirby of Kirby Healy Chartered Accountants, and that it was considering “the extent to which any issues may arise under the Charities Act 2009”.

The Geneva-based federation alerted the Irish Red Cross and its other national charities about “issues” with the donations technology firm after Ammado defaulted on a scheduled payment last April.

It confirmed it made a criminal complaint about Pembroke’s parent Ammado to the Swiss authorities in November.

“The investigation is ongoing so we can’t comment any further,” said a federation spokesman.

Mr Conlon, who is from Co Leitrim, set up the platform more than a decade ago. He sold his company MV Technology for about €100 million in 2001 and later set up another company, Xsil which ceased trading in 2008.

Danny Curran, head of fundraising at the Irish Red Cross, told The Irish Times that the charity received €46,000 through Ammado since it first started using the platform in 2011 but immediately suspended its account on their website when the federation raised concerns last year.

“We took action within 24 hours to make sure that we closed the account down so there would be no loss to our donors,” he said.

Mr Curran said that it did not pass on the federation’s concerns to the regulator as Ammado was not a charity and because no Irish Red Cross donations were lost. “There was no damage done to the Irish Red Cross,” he said.

The regulator yesterday reminded registered Irish charities of their obligation under the Charities Act 2009 to notify it in writing if they had “reasonable grounds for believing that an offence under the Criminal Justice (Theft and Fraud Offences) Act 2001 has been, or is being, committed”.

Colm O’Gorman, executive director of Amnesty International Ireland, said that it was reviewing payments made through Ammado and would, if necessary, contact the liquidator of Pembroke, though the amounts were small.