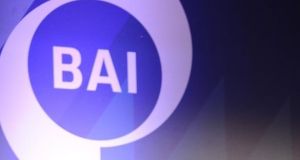 The Broadcasting Authority of Ireland (BAI) has rejected a complaint made against radio presenter Niall Boylan who suggested that the ritual of saying the rosary at a funeral mass was “almost satanic”.

Mr Boylan made the comments on his Classic Hit 4FM programme on October 16th.

During the course of a discussion about whether or not it is appropriate to bring a child to a funeral, Mr Boylan recounted his own experiences.

He said he had brought his own children to a family funeral and described the experience as being “almost satanic”.

The complaint made by Martin Long stated that the description of the rosary as made by Mr Boylan was “an inversion of the truth, abhorrent to a Catholic audience and to acceptable public norms of radio listening”.

Mr Boylan stated that he had not intended to demonise either Catholic funerals or the rosary, but was just referencing one funeral he attended.

The BAI’s compliance committee rejected the complaint by stating that Mr Boylan was well known for airing personal views on his show.

It said: “The forum was of the view that these comments were clearly presented as personal views, and considering the type of programme and presenter’s style, audiences were likely to expect comments of this nature to be made during the programme.”

The BAI also ejected multiple complaints that an investigative programme on the Irish greyhound industry breached industry guidelines on fairness and impartiality.

The Irish Greyhound Board (IGB) was among nine parties who complained to the BAI’s compliance committee about the RTÉ Investigates programme Running for their Lives which was broadcast on June 26th.

The complainants alleged the programme unfairly portrayed the greyhound industry as cruel, that there were several inaccuracies in the programme and that outdated footage was used to mislead the viewers.

The programme reported the contents of an expert report, commissioned by the IGB in 2017 which the board choose not to make public.

It stated that up to 6,000 dogs may be culled per year because they do not perform on the track. It reported that 10 times more dogs are bred each year than are needed to sustain the industry.

The documentary also featured undercover footage shot at knackeries, and showed how these facilities were willing to put down greyhounds for between €10 and €35. The programme generated a negative backlash for the IGB, which has been forced to defend its welfare programmes and corporate governance at Oireachtas committee hearings.

Those who complained said that nobody from the IGB was interviewed on camera during the programme. RTÉ said the IGB had been given a chance to respond, but insisted on a live interview. As the programme was a pre-record, it said it could not facilitate the request, but did include responses from the board in the programme.

RTÉ’s response also stated that it had quoted from the board’s own report when it stated that 6,000 greyhounds were culled every year.

RTÉ further stated that the Government announced an investigation into the industry following the broadcast and therefore the programmes served the public interest.

The broadcaster states that, following the programme the Government announced it would investigate with a view to securing prosecutions. The broadcaster is of the view that the programme complied fully with the relevant statutory and regulatory codes and served the public interest.

The BAI’s compliance committee found that the programme had used a variety of sources and “was of the view that the information and footage were presented in a factual manner, and sources were clearly identified. In this regard the committee found that information was presented with due accuracy and did not consider that the programme was misleading to viewers.”

The compliance committee also rejected a complaint made by the Mail on Sunday against the Marian Finucane Show and The Irish Times Religious Affairs Correspondent Patsy McGarry.

During a review of the papers on March 24th, McGarry stated there were “holes” in a story published in the Mail on Sunday about a woman who was allegedly abused by a bishop.

The newspaper stated that these comments were damaging to the reputation of the newspaper and the journalist as it cast doubts over the accuracy of the story featured. It held that the programme was “unfair, inaccurate and misleading to listeners”.

RTÉ countered by stating that McGarry’s remarks that “there are holes in this” did not amount to him stating that the story is not true.

It explained: “The broadcaster is of the view that Mr McGarry’s comment regarding people rarely making false allegations is indicative of him saying there is substance to the story.

“Further, the presenter supported the view that few people make false allegations. The broadcaster believes that the comment was akin to Mr McGarry saying that there are gaps in the account given, as opposed to gaps in the story.”

The compliance committee noted that the newspaper review is a recurring segment and regular listeners would expect robust commentary on a range of topics.

“The committee noted that the comment of particular concern to the complainant was made by a contributor who has some background knowledge regarding the matter,” it stated.

“The committee considered that it was clear to listeners that Mr McGarry was giving a personal view based on his knowledge and experience and in this regard, the committee did not consider that the segment was misleading to listeners.”