BAI rejects complaint by Irish Greyhound Board over RTÉ documentary

Authority deems Running for Their Lives to have been ‘fair, impartial and objective’ 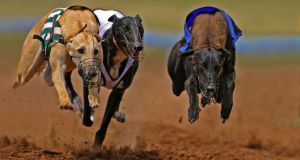 The Broadcasting Authority of Ireland has rejected a complaint by the Irish Greyhound Board about a documentary on the industry broadcast by RTÉ earlier this year.

The Broadcasting Authority of Ireland (BAI) has rejected a complaint by the Irish Greyhound Board about a documentary on the industry broadcast by RTÉ earlier this year, finding the programme was “fair, objective and impartial”.

The IGB, the governing body for greyhound racing in Ireland, complained that Running for Their Lives, which aired in June, “was neither objective or impartial and constituted an attack on the Irish greyhound industry”.

The programme reported the contents of an expert report, commissioned by the IGB, which stated that up to 6,000 dogs may be culled per year because they do not perform on the track. It reported that 10 times more dogs are bred each year than are needed to sustain the industry.

The IGB claimed that the report, which formed a cornerstone of the RTÉ programme, “was inaccurate” and “was disregarded by the IGB”. It claimed the programme contained several inaccuracies and that its offer to take part in a live interview was rejected.

The documentary also featured undercover footage shot at knackeries, and showed how these facilities were willing to put down greyhounds for between €10 and €35. The programme generated a negative backlash for the IGB, which has been forced to defend its welfare programmes and corporate governance at Oireachtas committee hearings.

While the IGB was invited to take part in a pre-recorded interview, it rejected this opportunity as it was “of the view that the programme makers had a pre-determined agenda in relation to the greyhound industry”.

It also claimed RTÉ had used “false information” and “staged and outdated footage without clearly being labelled as such” which “was misleading and provided a biased view of the subject matter”.

The IGB’s complaint to the BAI also stated that the programme omitted information about the good practices “which are adopted by the vast majority of people involved in greyhound racing in Ireland, the economic benefit, or the statutory regulation of the industry and reforms introduced in the last decade”.

RTÉ successfully defended itself against all these charges, arguing the programme was in the public interest. The broadcaster said it “was fair and did represent the fact that good practices and good intentions were evident in the industry”.

RTÉ said it was not possible to accommodate a live interview in a pre-recorded documentary, and pointed out that in June 2018 the IGB had praised the Preferred Results report which it later claimed was inaccurate.

“The broadcaster stands over the report and states that while a large number of issues were covered the information contained in the programme was factually accurate”.

In rejecting the IGB complaint, the BAI found that the information broadcast was “presented in a factual manner, and sources were clearly identified. In this regard the committee found that information was presented with due accuracy and did not consider that the programme was misleading to viewers”.

The committee noted that there is no requirement in the broadcasting code “for a broadcaster to include all possible viewpoints on a matter and the principle of fairness does not require the broadcaster to achieve an artificial balance or give equal airtime to all views”.

It found the programme explored its subject matter in “a fair and impartial manner” and “was a comprehensive exploration of the topic in a factual manner which was fair, objective and impartial”.