Criteria include proof of infrastructure, lead roles for people with autism, and local partnerships 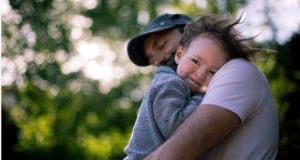 “Too often, autistic people and their families are excluded from discussions about autism and the design of services.” File photograph: Getty

Eleven towns across the country are on the way to being designated “autism-friendly” after what was termed the “phenomenal” success of a pilot scheme in Clonakilty, Co Cork, it has been announced.

Adam Harris, founder and chief executive of AsIAm, Ireland’s national autism charity, said he believes the roll-out will help the public to better understand that being autism-friendly is often simply about being a more caring society.

With support from retailer SuperValu, which has autism-friendly shopping usually on Tuesday evenings at many of its outlets, Mr Harris drew up plans last year to include other shops, businesses and public services in Clonakilty in the scheme.

The businesses and other bodies were asked to take measures to reduce sensory stimulation that could cause distress and difficulties, to undertake staff training to improve understanding of the condition and how to communicate better with those with autism, and other measures.

Mr Harris said the response has been “phenomenal”, with more than 100 organisations involved, a new sensory garden opened in the town, new autism-friendly practices at the town’s festivals, and annual training and lectures.

“It really set a challenge for the rest of the country, so we worked with SuperValu to see how we could roll this out elsewhere,” he said.

Towns were invited to express an interest in following Clonakilty’s lead, with proof of infrastructure and support, involvement of people with autism in leadership roles, and partnerships with local organisations such as Tidy Towns committees or the GAA.

Committees in each town will be supported in their efforts to transition towards autism-friendly communities.

“These partnerships are really important because there is not enough partnership happening,” said Mr Harris.

“Too often, autistic people and their families are excluded from discussions about autism and the design of services. We particularly see this at the moment in relation to the shortage of school places for autistic children around the country. Families have really been left out and not included in discussions about this.

“So, this is about sending a message to the public that being autism-friendly is about more than donating €5 or €10, it is actually about changing our behaviour.

“This will have a significant impact on the wellbeing of autistic people, growing up in a community that from the outset says ‘There is no stigma, we support you, we want to help you every step of the way, whether it is going to school or to buy an ice cream’.

“Hopefully this leads to autistic people living, working and playing more in communities right across the country.”

AsIAm estimates there are about 75,000 people with autism in Ireland, based on findings that one in 65 schoolchildren have been diagnosed with the condition. There is a spectrum of severity, with some who can live independently and others who need a large degree of support.

Also revealed at the conference were the results of a survey two weeks ago by AsIAm of 240 people either with autism or who have a loved one with autism.

It found 97 per cent of respondents believe the general public do not understand enough about the condition; 82 per cent believe that most businesses or organisations in their community are not adequately equipped to help them, and 88 per cent would visit the businesses and organisations more often if they were.

“The vast majority of people with autism experience a lack of understanding in their day-to-day lives,” said Mr Harris.

“It is really important that we de-medicalise autism, so it is not just for the psychologist or teacher or doctor, but something for everyone to play their part in terms of diversity in society.”