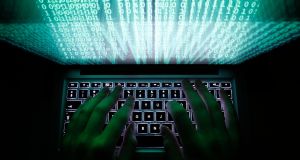 Emergency legislation in some states is effectively being used to target political activists, bloggers and human rights defenders who disagree with the governments in power.

That’s according to Prof Fionnuala Ní Aoláin, the UN’s Special Rapporteur on counter terrorism and fundamental rights, who is giving a lecture in Dublin on Wednesday evening.

States of emergency concern her because they are “synonymous with extensive and sustained human rights violations”, the Galway-born academic will say in her Irish Council for Civil Liberties annual lecture at the Royal Irish Academy.

“In Ireland, the use of exceptional courts (Diplock courts and the Special Criminal Court) made exceptional trial process normal, and enabled and supported a broader system of rights negation in the criminal justice context,” Prof Ni Aolain says.

“I was, and remain, particularly concerned about the ways in which terrorism, violent extremism and counter-terrorism can create emergency conditions that are assumed to require emergency responses by states,” she says.

“The proliferation of states of emergency is being facilitated by domestic legislation in numerous states that uses vague and overly broad definitions of ‘terrorism’, with the practical result that such legislation is being used to target a range of civil society actors, human rights defenders, bloggers, political activists of various hues, and those who simply disagree with the government in power.”

Prof Ní Aoláin’s is due to give an overview of her mandate as UN special rapporteur, while also touching on issues including the ongoing use of emergency powers in ordinary law, and special courts in Ireland.

Prof Ní Aoláin recently wrote to Facebook’s Mark Zuckerberg to warn him that the company’s overly broad definition of terrorism could lead to censorship and the “arbitrary denial of access to and use of Facebook’s services”.

Ahead of Wednesday’s lecture, Prof Ní Aoláin will share two separate reports by the International Network of Civil Liberties Organisations and Privacy International which detail the need for regulation of global intelligence sharing.

The two organisations and Digital Rights Ireland asked Minister for Justice Charlie Flanagan for information on intelligence sharing between Ireland and foreign governments.

The response from his private secretary in April stated: “Our history on this island means that regrettably we have been engaged in counter-terrorism work for decades and the arrangements currently in place have served the Irish people well in countering threats to the security of the State”.