Arson attack on car owned by garda in Dundalk investigated 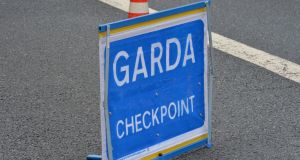 Gardaí are investigating an arson attack on a car owned by a Garda member based in Dundalk, Co Louth.

The woman’s car was firebombed in the early hours of Monday morning in Dundalk.

While the Louth Garda division has witnessed a number of attacks in the last fortnight, including cars being destroyed by fire and houses being petrol bombed, gardaí do not believe the arson attack on the garda’s car is linked to those incidents.

The attacks that occurred last week and the previous weeks were mainly on Drogheda and are linked to a feud between two criminal factions based in Meath and Louth.

A criminal damage investigation is underway into the attack on the garda’s vehicle, which took place in the Red Barns Road area of Dundalk at about 3.30am on Monday morning.

The garda who owns the vehicle was not in it at the time. While extensive damage was done, there were no injuries.

Gardaí are trying to establish of the attack is linked to the garda’s work. That is the strongest line of inquiry at present as the woman works in the investigation of crime in the Dundalk area.

Garda staff associations such as the Garda Representative Association and Association of Garda Sergeants and Inspectors have long highlighted an increase in attacks on Garda members in recent years.

However, those attacks have mostly taken place while gardaí have been on duty and while they have been involved in the policing of public order incidents or responding to emergency calls.

And the associations have also raised the online constant harassment of some Garda members, with photographs and the home addresses of some gardaí posted online. However, attacks on gardaí while off duty or on their cars or homes, like the latest incident, are much more unusual.