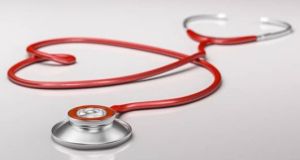 Draft report of the Oireachtas committee: the inevitable “vested interests” who dominate the health service will doubtless fight the proposals tooth and nail.

There is much to commend about the draft report of the Oireachtas committee planning the future of the health service; yet the crucial lines of future division are also apparent.

The committee has done its research well with the help of professional researchers from Trinity College Dublin and it has consulted widely, so large sections of the report reflect a broad consensus about the direction the health service needs to take over the next decade.

Few would quibble, for example, with the report’s calls for a government commitment to promoting health and wellness and reducing health inequalities. Likewise, the proposals to significantly expand diagnostic services outside hospitals, or deliver care at the lowest level of complexity that is safe for patients, will not be opposed.

Sadly, multiple reports have been calling for reforms such as these for decades, with little effect. Boosting primary care and providing more treatment options in the community, for example, have been official policy since 1991, but progress has been slow.

These were always going to be no-brainers as the committee went about its work, affording Minister for Health Simon Harris a honeymoon of unprecedented lengths even as trolley numbers and waiting lists reached record levels.

That can’t be said about its solution for “disentangling” public and private health. With a left-wing majority, and many of its members openly enthusiastic about an Irish-style NHS, it is not surprising the committee is proposing to send private medicine packing from the public system. Consultants who might lose out as a result will be thrown a few compensatory bones in the form of additional pay and elective work.

The inevitable “vested interests” who dominate the health service will doubtless fight the proposal tooth and nail. Harris, who took time in a recent speech to highlight the virtues of our two-tier system, and his party are unlikely to approve either. Still, given the chronic nature of the problems involved, a clean break may indeed by the best solution.

Money – an additional €5 billion in funding – is put forward as the oil that will lubricate this change and help create a world-class health system. Is the public prepared to pay this sum when the system is already well-funded by international standards?

Plans to reduce or abolish various health levies often hard-pressed families have to pay will no doubt be widely welcomed but taxpayers will end up footing the bill one way or another, possibly through direct taxation. Detail is missing here due, the report says, to the lack of time involved. More could also be researched on ways of saving money in the health system, and on ways of recruiting and retaining much-needed staff.

With Fine Gael and possibly Fianna Fáil opposed to the draft report’s plans for private healthcare, the committee will have its work cut out to deliver an agreed and comprehensive final report.