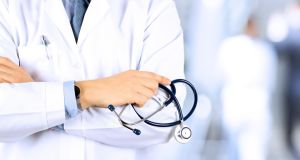 Substance abuse was the most common standalone issue among medical professionals

GPs and hospital doctors accounted for the 86 per cent of referrals to the Practitioner Health Matters Programme, which is also open to dentists and pharmacists.

Thirty of those using the service had a single problem while 17 had more than one. Substance abuse was the most common standalone issue, reported by 15 practitioners, followed by anxiety (six) and depression (four).

Among those with multiple problems, depression was reported in 13 cases, anxiety in 10 and substance misuse in seven.

Men and women were equally represented in the cases but women predominated among practitioners in their 20s and in their 60s.

Almost half of all referrals were self-referrals but others came from psychiatrists and colleagues.

The programme says half of those registered have continued working and did not need to take time off work. Six stopped work for a period. Seven are not currently working; six of these have been deemed unfit for practice.

Dr Íde Delargy, clinical lead for the new programme, said health professionals were very slow to come forward and say they may have mental health, alcohol or drug related problems, due to reputational/confidentiality issues. They also present when in crisis, often having tried to self manage and self medicate their problem.

The programme offers care in a non-judgemental atmosphere and with complete confidentiality, she said. “We want to get the message out there that health professionals in difficulty can come to us to have their needs met.”