One in five adults aged 60+ depressed during Covid-19, study finds 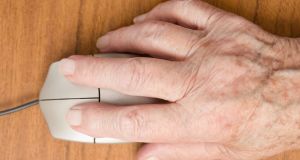 Average loneliness among participants in the study during the pandemic was more than double that seen in 2018 and 2019. Stock photograph: Getty Images

More than one in five adults aged over 60 reported symptoms of depression during the pandemic, twice the level seen prior to the arrival of Covid-19, according to a study.

Older people who lived alone and those with low levels of physical activity were among the most likely to report symptoms of depression during the pandemic, the latest publication from the Irish Longitudinal Study on Ageing (Tilda) states.

The latest research, carried out by Trinity College Dublin academics who have studied trends in the lives of older people for a decade, surveyed close to 4,000 people aged 60 and older about their lives during the pandemic.

There was a high level of compliance with public-health advice, with four out of five people reporting they adhered to social-distancing requirements and other measures.

Inside Politics · Politics, culture and the centenary of Northern Ireland
Coronavirus Data Dashboard

The study found 21 per cent of adults aged over 60 reported potentially clinically meaningful levels of depressive symptoms, which was “worryingly” twice the rate of depression recorded in similar surveys prior to Covid-19.

People who lived in urban areas were more likely to report symptoms of depression than those in rural areas. More than a quarter of women (26 per cent) reported signs of depression, compared with 16 per cent of men, the study said.

Older people who lived alone were more likely to report feeling depressed. Some 27 per cent of single people surveyed reported symptoms of depression, compared with 19 per cent of those living with others.

“Given that individuals with lowest levels of life satisfaction are also more likely to report higher levels of stress and anxiety and have depressive symptoms, public health should also consider the longer-term impact of the Covid-19 pandemic,” the study said.

Nearly a quarter of adults over 60 were not getting the minimum recommended levels of physical activity during the pandemic, it said. Some 30 per cent of older adults said they felt lonely at least some of the time, while one in 10 often felt isolated from others.

Average loneliness among participants in the study during the pandemic was more than double that seen in 2018 and 2019.

The study said requirements for older people to cocoon indoors had “severely curtailed interactions with family and friends”. The effects of these severe measures would be “wide-ranging and long-lasting”.