One in every 100 emergency department patients experience severe sepsis 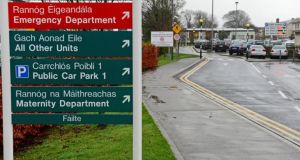 One in every 100 patients in emergency departments experience septic shock or severe sepsis, according to a new study.

The study examined 3,585 adult patients’ records who attended the emergency department in Beaumont Hospital, Dublin over the course of four weeks in 2015. In total 42 patients were found to meet the criteria for severe sepsis or septic shock, which is around one out of every 100 patients.

The study found there was no significant difference between men and women in the prevalence of sepsis or septic shock.

The researchers retrospectively examined emergency department medical records, to judge if the patients met the Health Service Executive criteria for the symptoms of severe sepsis or septic shock.

Sepsis is a condition that can occur following an infection, where the body’s response to the infection causes damage to organs and tissue. Symptoms include fever, confusion, and an increased breathing and heart rate.

Septic shock is a serious condition can develop from sepsis, which leads to dangerously low blood pressure. Respiratory infections were the most common infections suspected as the cause of sepsis in patients examined for the study.

Awareness of the condition has grown considerably since the death of Savita Halappanavar from sepsis in a Galway hospital more than five years ago.

Five patients in the current study who had severe sepsis were transferred from the emergency department to the ICU due to their conditions.

In Ireland each year up to 60 per cent of patient hospital deaths included a diagnosis of sepsis or infection. The study set out to provide a better understanding of the prevalence of severe sepsis and septic shock in emergency departments, due to the key role emergency departments are required to play in the early identification of the condition, and transferring patients to ICU when required.