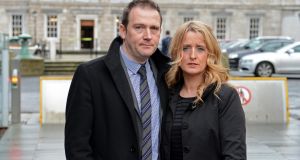 A HSE assessment team has been set up to establish whether proper action and safety measures have been taken in Irish maternity hospitals since the 2009 recall of a certain type of foetal monitor.

The establishment of the risk assessment team comes after a number of “urgent” communications were received by the health body in recent weeks regarding safety concerns around the use of Avalon Foetal Monitors and potential risks to mothers and babies since their recall in 2009.

The Philips Avalon Foetal Monitors were recalled in 2009 following complaints that certain models of the machine were taking inaccurate readings. The manufacturing group Philips warned at the time that hospitals needed to take corrective action to avoid injury or death to mothers and babies.

A HSE statement released on Monday said the newly established team would assess “any potential current safety concerns” and the risks that existed “between 2009 and the present in relation to CTG monitoring”.

The team will also assess the “appropriateness of actions taken by the manufacturer and the health service to date”.

“If deficits are identified, the National Risk Assessment Team will advise on any actions required to safeguard the safety of patients,” wrote the statement. It added that the team would also consider the “technological and human factors issues” that may have impacted on CTG interpretation and whether the actions taken properly addressed the potential health risks of using the monitors.

The HSE said any issues which required immediate or urgent repose would be immediately escalated to the National Director Acute Hospital Services Operations.

Fianna Fáil health spokesperson Billy Kelleher expressed alarm at the time taken for the HSE to begin an investigation into concerns over the foetal monitors.

Mr Kellleher called on Minister for Health Simon Harris to make a statement to the Dáil on the matter.

“Concerns were raised by the manufacture back in 2009 and hospitals were warned to put corrective action in place as there was ‘potential to cause injury or death to mothers and babies.’

“We need to know why it has taken nine years since the initial product recall, and a further four years since the reporting of the deaths of five babies at Portlaoise hospital, for the HSE to begin an investigation into the use of these foetal monitors.

RTÉ’s Morning Ireland reported the 2009 recall message was sent to 11 hospitals including the Midland Regional Hospital in Portlaoise.

It is understood the newly-established HSE team will assess what type of action was taken by hospitals following the recall and whether any risks were allowed to continue post-2009. The six-member team will also assess whether safety concerns still exist for mothers attending hospitals where certain models of foetal monitors are still in use. It is not clear yet when the HSE team report will be published.

Róisín Molloy, whose baby son Mark Molloy died at the Midland Regional Hospital in Portlaoise in January 2014, told RTÉ the machine used during her labour had monitored her heart only and failed to monitor the heart of her baby.

“There was a recall on those machines,” said Ms Molloy. “We highlighted our concerns about the recall and were assured everything was being done.”

Ms Molloy’s husband Mark said the consequences of the new investigation could be “really significant” but would also “open up all sorts of wounds for families” who had tried to move on from the death of their baby. “We’re being pulled back into something that we handed over to the HSE four years ago,” he said.

The Molloy family were informed in 2012 that baby Mark’s birth had been a stillbirth. They later went on to investigate this claim and discovered their son had been born alive. A medical doctor who was working as a registrar in obstetrics and gynaecology at Portlaoise hospital when Mark Molloy was born is facing allegations of professional misconduct and poor professional performance.