Nphet recommends no new restrictions despite serious concerns over Covid-19 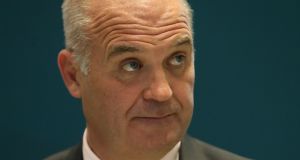 The State’s public health team has not recommended a move to higher levels of restrictions after it met on Thursday, it has emerged.

Two senior sources confirmed that the National Public Health Emergency Team (Nphet) remained seriously concerned about coronavirus infections and have told Government that the situation must be closely monitored, but it stopped short of recommending further restrictions.

One source said there was “nothing too dramatic” at the meeting and that at least another 10 days will be needed to see if the current restrictions are reducing the spread of infections.

A letter has been sent to Government from the team and will be considered at a Cabinet sub-committee on Friday alongside plans for enhanced enforcement of Level 3 measures including potential fines for those who breach travel restrictions.

There was one additional death related to the virus and 506 further cases of the disease reported by the Department of Health on Thursday.

In Northern Ireland, there were a further 923 cases of the disease reported, the second highest daily total during the pandemic.

First Minister Arlene Foster warned that Northern Ireland was in a “grave and serious situation” and that the North’s Ministers were facing “some of the toughest decisions” they have ever had to make.

Meanwhile, the Oireachtas Covid-19 committee has recommended in a report that an inquiry be held into the meat-processing industry during the pandemic and its use of agents to procure workers.

The inquiry should consider the State’s response to protecting workers, the committee states.

The committee found that while meat processing was highly regulated for food safety, the same regulation was not extended to workers and the Health and Safety Authority was slow to begin inspections of plants.

The report also calls on Nphet to publish its data, modelling code and international evidence that it relies on for recommending restrictions so the information can be peer-reviewed.

This follows criticism from industry groups who sought evidence for the closure of businesses.

The committee confirmed its draft recommendation for a public inquiry into coronavirus-related deaths in nursing homes. It also wants a review of the impact of the privatisation of Ireland’s nursing homes.

A senior inspector at State health watchdog, the Health Information and Quality Authority (Hiqa), has warned that nursing homes were in a “time of heightened vigilance” as care facilities were reporting an increasing number of virus infections.

Susan Cliffe, deputy chief inspector at Hiqa, said that nursing home residents who have tested positive in the recent surge, including almost 30 at one home, were “largely well and asymptomatic”.

“My fear is that we will turn yet another corner and we will start to see residents becoming ill,” she said.