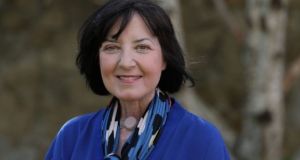 Maria Waters who fundraised to pay for her cancer treatment has died. Photograph: Nick Bradshaw

Tributes have been paid on the death of Maria Waters, the mother of three who had to fundraise for her own treatment with a cancer drug that is available free to other patients.

Ms Waters (51), from Killiney, Co Dublin, died on Tuesday morning after battling head and neck cancer for a number of years.

Writing on his mother’s Facebook page, her son Robert said she had “passed away peacefully but yet so unexpectedly this morning”.

“This was a shock to us all, it happened when we least expected it, so quickly and we are comforted by the fact that she is not in pain anymore or suffering of any kind.”

Ms Waters spent over €21,000 to treat her cancer with the immunotherapy drug pembrolizumab after the Health Service Executive and her health insurer Irish Life refused to fund the experimental treatment.

About €16,000 of this was raised through charity after her case was highlighted in The Irish Times at the start of February.

Only last month, she said an MRI showed that after treatment with “pembro” and chemotherapy, “the tumour in my stomach has shrunk to the point that it is no longer evident on the scan”.

“The combination therapy of chemo and pembrolizumab did the job in eradicating the cancer,” she wrote at the time, while adding that she hoped the tumour would not return.

She described battling her cancer as being “like a game of ‘whack-a-mole’: as you whack one beast down, it has the tendency to pop up somewhere else”.

Pembro is available free to treat cervical cancer, though not licensed for this form of the disease. It was not available to treat head and neck cancer, or for the “first-line” administration to her of the drug together with chemo.

Ms Waters’ local Church of Ireland rector, the Rev William Olhausen, described her as “an inspiration”.

“As a member of our small church community, she was such a great supporter, encourager, and servant. She was generous with her time and her many talents.”