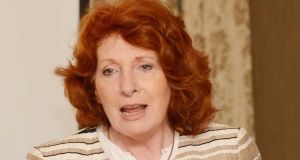 Health authorities are exploring whether they can reconfigure mental health services to address concerns over a “crisis” in psychiatric care in the Roscommon area.

Psychiatric nurses say a number of serious incidents in recent times – such as patients being turned away, assaults and the death of a patient by suicide – are linked to understaffing in mental health services.

The Psychiatric Nurses’ Association claims the number of nurses employed in the area has fallen by half over the past four years, while there are serious gaps in community mental health services.

Audit
Sinn Féin has described the situation in the west as a “crisis”, while Roscommon TD Denis Naughten has called for an independent audit of all psychiatric services in the area.

Minister of State for mental health Kathleen Lynch yesterday insisted there were sufficient resources and staffing in place, but conceded there was an issue of where to accommodate patients with “challenging behaviour”.

A forensic psychiatric unit for people with severe mental health problems is not due to come onstream until 2017.

In the meantime, she said she had asked Dr Harry Kennedy of the Central Mental Hospital to assist in guiding staff on how to provide a service that could meet the needs of these patients. This might involve reconfiguring existing services, she added. She was unable to say, however, when this service might become available.

“We won’t have extra staffing for it. It will only happen with the co-operation of existing staff . . . this could take a few months. It won’t happen overnight. It’s something that needs to be carefully planned,” Ms Lynch said. “We need more units that can provide care for people with challenging behaviour. Before any of these issues came to light, I was in discussion with Brendan Howlin about how we could configure services.”

The Psychiatric Nurses’ Association has rejected claims that there are sufficient nursing staff in the region to provide a safe service.

The association’s national secretary Noel Giblin said there had been a number of serious incidents at the Roscommon unit, but health authorities were refusing to link them to understaffing or a lack of investment.

In denial
“The HSE is in denial if it believes staff numbers can drop from 111 psychiatric nurses in 2009 to the current number of 58 without a significant impact on the level of service being provided,” he said.

Mr Giblin said the association also rejected claims that investment was moving away from in-patient beds to community-based services.

“This is simply not true. The lack of community services is a major part of the current problem in Roscommon,” he said.

There were four community psychiatric nurses for the county, he said, and no teams specialising in suicide prevention, rehabilitation or psychiatry of old age. “Rather than denying that any problem exists, it is time for the HSE to acknowledge and immediately address the huge concerns.”