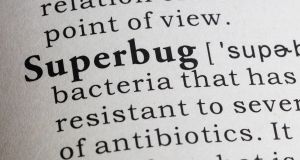 The number of patients with CPE continues to rise – 36 so far this year. Photograph: iStock

The whistleblower who first revealed the existence of a highly-resistant superbug in University Hospital Limerick linked to the deaths of eight patients has criticised the hospital’s internal review and called for a wider investigation.

Though linked to the deaths, the CPE bug was found not to have directly caused any of them, a report published by UL Hospitals found earlier this month.

The care given to patients was “of a standard they should have expected to receive”, said the report, though failings in documentation and communications were admitted.

In a first response to the report, the whistleblower described the hospital’s investigations into the deaths as a “whitewash” and claimed a subsequent review by a UK microbiologist was limited in scope and “subjective”.

The whistleblower, who relayed concerns about the role of CPE in deaths at the hospital to the Limerick city coroner, said a full review of all clinical reporting on areas of patient safety at the hospital should be done by an external group because of the high number of deaths and contact cases involving CPE.

Carbapenemase-producing Enterobacteriaceae (CPE) is the newest in a long line of bacteria that are extremely difficult to kill with antibiotics.

Of all the superbugs, CPE is the most resistant to antibiotics. It lives harmlessly in the gut in healthy people but can be lethal if it gets into the bloodstream or urine. It poses a particular risk to older people and those with reduced immune system function.

The failure of the hospital to disclose to some families or patients that bloodstream infection due to CPE could result in death was a sign of “secrecy and paternalism”, the whistleblower told The Irish Times. “Many patients should have been given full disclosure in order to put their affairs in order as the likelihood of death is 50 per cent if CPE is invasive and results in sepsis.”

The hospital’s review should have talked to clinical staff in the community, families of patients and GPs attending patients who died outside of the hospital, according to the whistleblower.

Separately, it has emerged that the coroner, John McNamara, proposes to take no further action in relation to the deaths.

This is disclosed in a reply by UL Hospitals chief executive Prof Colette Cowan to a parliamentary question by Clare Daly TD. In it, Prof Cowan acknowledges that documentation recording communications with patients with CPE and their next-of-kin was sometimes “poor or absent”, and further shortcomings occurred in notifications to the coroner.

The number of patients with CPE continues to rise – 36 so far this year – but this is not unexpected as the number of screens being performed has increased significantly, according to Prof Cowan.

Patients infected with CPE are “occasionally” accommodated in multi-bed bays due to a lack of single-room accommodation, she told Ms Daly.

The deaths first came to light when the whistleblower contacted the coroner with details of 36 deaths which, it was alleged, were related to the superbug. The subsequent investigation reviewed 73 patient deaths and found CPE was “an associative factor” in eight of them.

The first case of CPE in Ireland was isolated in University Hospital Limerick (UHL) in 2009 and the first outbreak in an Irish hospital occurred in UHL in 2011.

The bug has since been found in many other hospitals, and is a growing cause of concern within the health system.