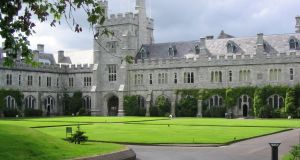 Ireland falls behind international best practice for implementing some of the policies needed to tackle obesity and other non-communicable diseases, a new report has found.

The index found Ireland is at international best practice in monitoring overweight and obesity prevalence in the population and occurrence rates for the main diet-related disease and its risk factors.

However, the report also highlighted that Ireland compared poorly with other countries when it comes to implementing initiatives such as so-called “no fry zones”, school food policies, and measures aimed at reducing the marketing of unhealthy food to children in the media and online.

Half of the good practice indicators examined in the study were rated as having “low” implementation in Ireland compared with international best practice, specifically food labelling, food promotion and food retail, it said.

There were also four “major implementation gaps” identified within government policy with food composition targets for concerning nutrients, promotion of unhealthy food, provision and retail of healthier options all being evaluated at “very little if any implementation”.

The expert panel, which consisted of 20 representatives from academia, the HSE, health bodies and charities, recommended several actions to reduce obesity.

They called on the Government to ringfence revenue from tax on unhealthy foods to improve public health initiatives and provide healthy food subsidies targeted at disadvantaged groups in the community; to implement nutrition standards in schools and to prohibit the placement of unhealthy food places within 400 metres of schools.

The panel also called for the establishment of a forum consisting of local and national government, policy experts and public health experts to “facilitate information sharing”.

The report was conducted as part of a wider European project, the Policy Evaluation Network (PEN) in collaboration with research groups from countries such as The Netherlands, Norway, Germany, Poland and New Zealand.

Dr Janas Harrington, from UCC’s School of Public Health, and lead-author of the report, said the findings highlight the need to reform Ireland’s “food environment”, which is defined as interconnected factors that characterise our food system and largely determine our dietary intakes.

“The government needs to seize an opportunity to improve the diets of the Irish population, prevent obesity and diet-related non communicable diseases by investing in the kind of policies and programmes which have demonstrated success in a number of countries,” Dr Harrington said.

“The benefits are two-fold - aside from improving the health of the general population, these measures are highly cost effective, and in the long-run can help counteract the rising healthcare costs associated with obesity and diet-related non communicable diseases.”