HSE’s winter plan to include new clinics for the elderly 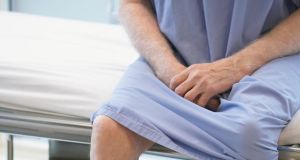 Last winter saw record levels of hospital overcrowding, including several days when more than 700 patients were on trolleys.

Longer operating hours for injury units and X-ray departments, the greater use of private sector beds and diagnostic facilities, and the setting up of “winter-ready clinics” in the community are part of the HSE’s winter plan to be announced in the coming days.

The €30 million plan, to be finalised at the Government’s emergency department taskforce on Monday, aims to alleviate the worst pressures on an over-stretched public health service during the peak winter season.

The plan will include the announcement by the HSE of additional hospital beds, on top of the 79 already promised this winter.

The private sector will be contracted to provide X-rays and other tests and to provide step-down beds for patients recovering from surgery.

The plan foresees an “enhanced focus period” from December 17th to January 13th, 2019 when services for the public will be extended.

Local injury units, minor injury units and some primary care centres will all open for longer during this period, at least outside the Christmas holiday, and will provide additional services.

Clinics will be established in the community to get older people and other at-risk groups “winter-ready” through, for example, the provision of the flu vaccine. The National Treatment Purchase Fund (NTPF) has been asked to access extra diagnostics to help people get out of hospital more quickly.

The provision of Frailty Intervention Teams (FITs) in emergency departments and community facilities has been identified as a key support for this winter. FITs, which already exist in St James’s and Beaumont hospitals, seek to identify and rapidly assess frail patients in emergency departments so their complex needs can be met as quickly as possible.

Last week, the HSE announced an additional 550 homecare packages would be provided over the winter period in an effort to minimise the trolley crisis.

A paucity of homecare options has also been a factor in the rise of delayed discharges from hospitals, from 481 in January to 683 in September. Delayed discharges clog up hospital wards with well patients and exacerbate overcrowding in emergency departments.

A recent HSE report found efforts to counter the winter surge last year were hampered by the late arrival of special Government funding.

The report said special funding for this winter should be agreed in the summer. However, the HSE’s plans were not submitted to the Department of Health until the start of November.

Last winter saw record levels of hospital overcrowding, including several days when more than 700 patients were on trolleys. The Irish Medical Organisation has predicted the number of trolleys could exceed 1,000 on peak days this year due to disorganisation and inadequate resourcing in the health service.

Taoiseach Leo Varadkar courted controversy earlier this month when he said inadequate numbers of staff were rostered over Christmas, one of the busiest times of the year for the health service.

Leo Varadkar suggested drastic measures were needed as the HSE’s winter plan “does not work”.

Man’s body discovered on road in Harmanstown, Co Meath 09:12
Coronavirus: State at ‘tipping point’ in Covid-19 struggle, says expert medic 04:00
‘The top of my finger was gone’: Fireworks a clear and present danger in Halloween run-up 03:45
Eamon Ryan interview: ‘Climate action is where the jobs are going to come’ 02:30
Covid-19: Contact tracers to start looking into where people are infected 01:16