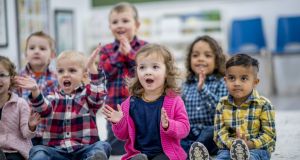 Two out of every three complaints related to full daycare services. Photograph: iStock

More than 130 children sustained serious injury while being cared for at a preschool, creche or other early years service last year, according to a report from Tusla.

The State agency’s Early Years Inspectorate was notified of 204 incidents during the year, two-thirds of them relating to serious injury to a child that required immediate medical treatment from a doctor or nurse.

The list of incidents also included 28 cases where a child was diagnosed with a notifiable infectious disease, 28 unplanned closures and 11 instances where a child went missing, according to the annual report of the inspectorate for 2017.

Barely half (55 per cent) of services inspected were found to be compliant with regulations on safeguarding the health, safety and welfare of children, according to the report. Compliance with regulations on keeping records was even lower, at 38 per cent.

Full daycare services were most likely to be non-compliant while childminders were least likely to be in breach of regulations. Compliance levels varied widely across the State; from 91 per cent in the west to 62 per cent in Dublin northeast region.

Tusla received 276 complaints about early years services last year, but as some complaints covered more than one issue, the number of areas covered by the complaints was 335.

Two out of every three complaints related to full daycare services. One-third of complaints were about the health, welfare and development of the child while another third related to governance issues.

Tusla says regulation and the processing of complaints is having a beneficial effect on standards. When a random sample of corrective actions taken was analysed, improvements were identified in 83 per cent of cases. A further 10 per cent would be verified at the next inspection.

These changes have included the removal of hazards such as bleach or loose blind cords, the creation of less “chaotic” environments, layout improvements and the replacements of broken equipment.