Prescriptions for antidepressants surged in wake of Brexit vote

Researchers say prescribing rose by 13.4 per cent relative to other drugs in that period 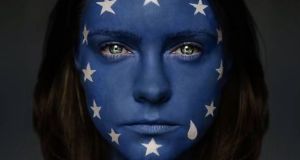 The volume of antidepressants prescribed after the 2016 Brexit referendum increased by 13.4 per cent relative to other drugs, researchers found. Illustration: Getty Images

A surge in the prescribing of antidepressants occurred in England in the aftermath of the UK’s referendum on EU membership in 2016 that resulted in a vote for Brexit, according to new research.

The volume of antidepressants prescribed increased by 13.4 per cent relative to other drugs, the researchers found.

The finding is open to interpretation, but the trend might have been prompted by the increased uncertainty experienced by some sectors of the population after the Brexit decision, they suggest.

The provision of mental health services may need to be strengthened during some periods, they add.

The UK’s vote to leave the EU in June 2016 was unexpected and sparked considerable uncertainty as to how the decision would affect the British economy and society, according to the study published in the Journal of Epidemiology & Community Health.

With evidence suggesting major societal events can affect a nation’s mental health, the researchers wanted to find out if the vote for Brexit might have had a similar impact.

They therefore compared official monthly prescribing data for antidepressants for all 326 voting areas in England with other classes of drugs for conditions less likely to be immediately affected by changes in mood.

Analysis of the data showed that before the referendum, daily defined doses for antidepressants rose during the month of July year on year, as did prescribing for insulins and gout, iron deficiency anaemia, and blood fat and glucose drugs.

In the month after the referendum, doses for antidepressants continued to rise, albeit at a slower pace, but those for the other drugs fell, having experienced a period of growth. The only exception were prescriptions for muscle relaxants, which had already been in decline.

The study by researchers from Harvard University and King’s College London is observational, and as such, cannot establish cause. Antidepressants are not prescribed to everyone, so the results cannot be taken to mean that the mood worsened across the whole of England, nor can they rule out that mood improved for some people, the researchers emphasise.