First week of 2020 ‘worst ever’ for hospital overcrowding 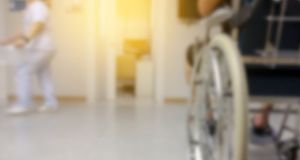 There were 482 patients waiting for admission to hospital on Friday morning.

The first week of the new year has been the worst ever for hospital overcrowding, according to figures from the Irish Nurses and Midwives Organisation.

Some 3,143 patients went without beds during the week, as trolley numbers hit a new daily record of 760 on both Monday and Tuesday.

This figure slightly exceeded the previous overcrowding record 0f 3,122 patients on trolleys set during the “Beast from the East” storm in March 2018.

There were 482 patients waiting for admission to hospital on Friday morning, according to the INMO, down on the previous day.

The HSE has said that although trolley numbers peaked at record levels at the start of the week, they have fallen off sharply thanks to above average levels of discharge of patients from hospital beds and a reduction in flu levels.

The INMO, which says numbers should never be allowed reach such high levels again, wants hospital groups to have recruitment powers restored, as well as a rollout of Slaintecare health reforms that would offer more alternatives to hospitals seeking to discharge well patients.

Meanwhile, a group representing ambulance drivers said the overcrowding was placing the service under enormous pressure and risked pushing it beyond breaking point.

“The National Ambulance Service is running on empty with ambulances held back at ED departments and consistently missing response time targets, ambulances being deployed on very long journeys across the country and crews being forced to work beyond rostered shifts, and work without the required rest and meal breaks,” said Tony Gregg, branch secretary of the Psychiatric Nurses Association ambulance personnel branch, NASRA.

“The demands on ambulance personnel in this situation are seriously undermining morale and yet again expose the lack of adequate staffing and resourcing of our ambulance service relative to comparable investment and staffing numbers in other services such as in NI and Scotland.”