Healthy lifestyles can add up to 10 extra years of life, study says 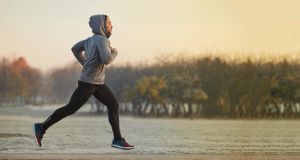 Those who stick to healthy lifestyles can expect up to ten extra disease-free years of life, according to a major new study.

While the benefits of a healthy lifestyle are well documented, the research has managed to quantify how many years one can expect to reap in return after carefully documenting the health of thousands of people for over two decades.

It specifically examined life expectancy free of chronic illnesses such as cancer, cardiovascular diseases and diabetes.

Irish experts have said the findings are broadly in line with the experience here although the available data is not as advanced, particularly with regard to mortality.

The US study is published by the British Medical Journal on Wednesday. It found that those who avoid smoking, being overweight, and who exercise regularly benefit from longer life expectancy from the age of 50.

Men can expect about 7.6 extra disease-free years and women about 10 compared to those who do not adopt the same low risk lifestyle factors.

The researchers analysed data on 73,196 registered female nurses and 38,366 male health professionals in the US who were free of major disease at the time of enrolment.

Participants were assessed for more than 20 years during which time any new illness diagnoses and deaths were recorded.

Professor Frank Hu of the Harvard School of Public Health, the paper’s senior author, told The Irish Times that what is unique about the study was its duration and the regularity of check-ups on participants.

Based on the data, life expectancy free of disease at age 50 was calculated. It was found to be 34 years for women who adopted four or five low risk factors compared to 24 for those who did not. In men, the difference was 31 years compared to 24.

According to Professor Mary McCarron, Chair of Ageing and Intellectual Disability at Trinity College Dublin, the work supports research underway in Ireland.

“It has to be not just about added years to life but added life to years - it’s the quality of that life,” she said.

“[About] the ability of people when they retire and age to be able to do the things that maybe they didn’t have the time to do when they were working. But if they are ageing in poor health, for me, it’s quite an empty prize.”

Professor Rose Anne Kenny, principal investigator for the Irish Longitudinal Study on Ageing (Tilda), monitoring 8,500 people over 10 years, said Ireland did not have comparable data on mortality yet although changing lifestyle behaviour is better understood.

“All of the data shows that whereas it’s never too late to adopt healthy life behaviours . . . the time to intervene is middle to early middle age,” Prof Kenny said.

“I do think that there is a higher awareness. I definitely think we are going in the right direction.”

Only 12.6 per cent of Tilda participants, whose average age is 64, are disease and disability free and not reliant on drugs.

Reacting to the research, Professor Francis Finucane, consultant endocrinologist and obesity expert at Galway University Hospital said it showed a need to “change the environment as opposed to seeking to change individual’s sense of behaviour”, noting the example of sugar tax in particular.