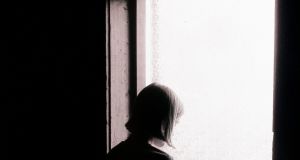 Governments, charities and community groups are running schemes to target the lonely ‘often with inadequate empirical evidence’, public health experts have written in a letter to the Lancet medical journal.

Loneliness is “significantly higher” among the sick, the poor and unmarried, according to experts in Ireland who have joined up with international peers to warn about the impact of isolation on people’s health.

In a letter to the Lancet medical journal, academics, researchers and public health officials from Ireland, the US, UK, New Zealand and the Netherlands criticise the lack of meaningful studies into loneliness.

Strategies to deal with it are based on “poorly constructed trials” and a mixture of measures of what actually constitutes the condition, they wrote in a jointly-signed letter which came about after an international conference of experts in Belfast.

Governments, charities and community groups are therefore running schemes to target the lonely “often with inadequate empirical evidence”, they wrote.

“Globally, there are growing concerns about rates and consequences of loneliness, especially among older adults,” the letter added, noting the UK had recently appointed the world’s first government minister for loneliness.

“Demographic shifts suggest that the numbers experiencing loneliness are likely to increase,” they added.

One of the signatories, Prof Roger O’Sullivan from the all-island Institute of Public Health, said the letter was a response to a growing discussion around loneliness both in Ireland and globally.

“Loneliness is like hunger, thirst and pain,” he told The Irish Times.

“When you feel it, it is your body telling you that you need to take action.”

Mr O’Sullivan said more research was needed in Ireland to better understand how loneliness - which, he said leads to chronic illness and even early death - affected different people.

“And it’s not the just the stereotype of someone who lives up the long lane. It is a very personal experience. Take a married couple, for example - one of them may be lonely and one of them may be not. That is the complexity and personal nature of it.”

The condition also impacts differently in groups of people, like widows and widowers, the LGBT community, migrants and carers, he added.

One-third of older Irish adults say they feel lonely some of the time, with seven per cent saying they are often lonely, according to Trinity College Dublin report published in October, which found “worrying” levels of isolation among over-50s.

Prof O’Sullivan said while depression was the most strongly associated illness with loneliness, it was also associated with “a range of other poor health - such as stress, poor sleep, non-communicable diseases like Parkinson’s, diabetes, cancers, strokes, poor cognition and early death.”

It was difficult to calculate the financial cost to the State of not dealing effectively with loneliness, he said, but pointed to research by the London School of Economics which put it as £6,000 (€7,000) per lonely person over a decade.

“Investment in the appropriate interventions and support to loneliness would clearly give a return on investment,” he added.

“This is an issue that will keep on bubbling, it will not go away. There is an increasing focus, an increasing stigma, and it is important to actually address the root cause, support people to make healthy choices around loneliness. It has to be addressed.”

Asked for recent research on loneliness, the Department of Health provided an unpublished abstract of a study from last May which showed the condition was “significantly higher for those in poorer health, who lived alone, were materially deprived and those never or formerly married.”

The Health Service Executive said it did not have “any specific reports” dealing with loneliness.