Emergency response to lethal superbug may be shut down

Number of cases increasing despite efforts to raise awareness in hospitals 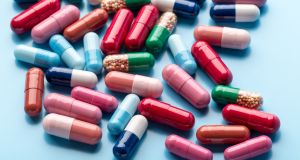 CPE is highly antibiotic-resistant and can be lethal when it enters the bloodstream. Photograph: iStock

The Department of Health is seeking to shut down the emergency response set up to tackle a lethal superbug, despite the fact that the number of cases is increasing.

The department wants the health service’s response to the CPE superbug restored to a “normal basis”. Emergency arrangements were put in place by Minister for Health Simon Harris 18 months ago.

The group was instrumental in coordinating a national response to CPE and raising awareness in hospitals about the measures needed to tackle the bug. CPE is now a notifiable disease and information about the number of cases is published regularly on HSE websites.

At the December meeting, the department’s chief medical officer Dr Tony Holohan said he had written to the HSE asking it to consider plans to “operationalise the actions requirement to manage CPE in the health service”.

Dr Holohan undertook to discuss with HSE chief clinical officer Dr Colm Henry “the transition of the management of CPE back to normal operations”.

Speaking to The Irish Times, Prof Cormican confirmed discussions were under way about winding up the work of the team, and this could take place as mid-year.

The emergency had been called by the Minister and his officials and it would be for them to say it was over, he said. “But it’s not a problem we have solved, regardless of whether the Minister declares the emergency over or not. It’s nowhere near solved.”

Prof Cormican said he hoped a process could be found that would allow for CPE to continue the same level of high priority it has enjoyed over the past two years.

CPE (Carbapenemase Producing Enterobacteriaceae) is highly antibiotic-resistant and can be lethal when it enters the bloodstream. The newest in a long line of bacteria that are extremely difficult to kill with antibiotics, it lives harmlessly in the gut in healthy people but can be lethal if it gets into the bloodstream or urine. It poses a particular risk to older people and those with reduced immune system function.

Prof Cormican said that while the number of serious cases seemed small, “if you don’t fix it at this early stage, you won’t fix it at all”. Unlike flu, which has also been the subject of public health emergencies, drug-resistant superbugs “do not burn themselves out”.

He instanced a study of an intensive care unit in Greece that found every second patient was colonised with CPE and 10 per cent had it in their bloodstream. “If you get to that stage, you’re lost.”