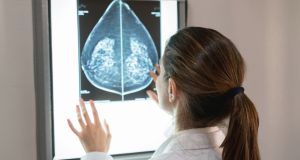 The drugs VHI has committed to providing wider access to include Pembrolizumab, for stage three melanoma, and Pertuzumab (Perjeta) for patients with early stage breast cancer. Photograph: Istock

Access to new cancer drugs for some private patients, which are unavailable in the public system, has been described as “incredibly unfair” by the Irish Cancer Society.

In recent weeks private health insurer VHI has written to oncologists stating it was to provide wider access to new preventative cancer drugs.

Prof John Crown, a consultant oncologist in St Vincent’s Hospital, said it was the first time he had seen a clear distinction in access to cancer drugs, between public and private patients.

While the news meant some patients would now have access to the new anti-cancer drugs, the inequity between public and private healthcare was “very troubling”, he said.

“There has always been equal access to cancer drugs,” until now, Prof Crown said.

“I’ll be seeing public and private patients next week, I don’t want to be giving them different news about what’s available to them,” he said.

The drugs VHI has committed to providing wider access to include Pembrolizumab, for stage three melanoma, and Pertuzumab (Perjeta) for patients with early stage breast cancer.

Averil Power, chief executive of the Irish Cancer Society, said the charity welcomed the news that more patients would get access to the “innovative new cancer drugs”. However, she added that it was “incredibly unfair others will be denied potentially life-saving medicines just because they don’t have private health insurance”.

“Private patients can already skip the queue for cancer tests. Unless the Government acts now, the same will now be the case for some cancer drugs,” she said.

Before drugs are approved for public patients they must be assessed by the National Centre for Pharmacoeconomics, which provides reports on the cost effectiveness of funding new drug treatments for the Health Service Executive (HSE).

Negotiations over the price of reimbursing the drug for public patients would then follow with the pharmaceutical manufacturers.

“These drugs are expensive and don’t work for everyone but can be of huge benefit to some patients,” Ms Power said.

“Where there is strong evidence an innovative drug will work for a particular person, their doctor should be able to give it to them, regardless of whether they are a public or private patient,” she said.

In a statement, a HSE spokeswoman said there was a “very clear process” for assessing which new drugs the health service commits to fund for patients, which was under way in relation to the anti-cancer drugs in question.

“The pharmaceutical companies involved continue to provide additional clinical and cost information in order to assist in reaching final decisions for the State, on access and cost effectiveness for these drug applications over the coming months,” the spokeswoman said.

“The usual pattern up to now is for the health insurers to follow the public service reimbursement process,” she said. However, “one insurer appears now to have decided to proceed in advance of the other insurers, including the State,” the spokeswoman said.