GP before inquiry over STD misdiagnosis 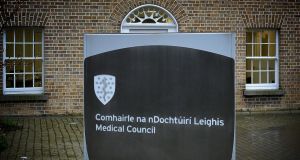 A Dublin GP is facing allegations of poor professional performance after telling a patient she was suffering from herpes, a sexually transmitted infection, without taking into account her monogamous relationship with her husband.

The Medical Council is to issue its findings today concerning Dr Iman Ekky, who is facing seven allegations from the patient.

The woman, referred to only as Patient A, and her husband of 18 years claim they were caused undue distress following Dr Ekky’s diagnosis of herpes in the absence of clinical evidence.

The couple gave evidence of their shock

at what they claim was the original diagnosis of herpes by Dr Ekky. The inquiry heard that the GP said the condition had been dormant in Patient A.

They sought a second opinion two days after the alleged finding by Dr Ekky in April 2012. The second doctor diagnosed a cyst arising from a blocked Bartholin’s gland.

Dr Ekky, who qualified in 1993 and treated patients at her Drumcondra surgery, denies allegations of poor professional performance. However, she accepts the events caused distress and has apologised.

Expert witness
A barrister for the chief executive of the Medical Council called an expert witness who said it was poor professional performance to mistake a blocked Bartholin’s gland for herpes and not to take into consideration the couple’s sexually faithful marriage.

Dr Ekky’s lawyer argued that her client never made a definite diagnosis of herpes and had left open the possibility of other fungal or viral causes.

She said the medical records did not support the complaints made. However, she also said four of the seven allegations were not disputed and admitted that these fell below required standards.

Dr Ekky has not accepted the allegation of misdiagnosis in the absence of clinical evidence. The council is due to present its findings today.