More than 270 patients recalled for repeat imaging as major audit of 46,235 scans ends 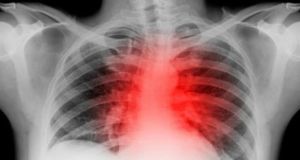 A review of scans at University Hospital Kerry began in October 2016.

All 46,235 images belonging to almost 27,000 patients in a major review have now been looked at, University Hospital Kerry has said.

A review got under way at the hospital in October after it emerged during the summer that a number of serious cancer diagnoses were missed by one radiologist. The scans concerned were produced by the consultant between March 2016 and July 2017 - the period when the consultant worked at the hospital as a full time locum. The review became public in December.

Ten patients were identified during the look-back as having had a missed or delayed diagnosis and 272 patients were recalled for repeat imaging.

Thursday’s statement on behalf of the South/South-West Hospital Group said as of 15th February all of the images of the 26,756 patients had been audited by the clinical subgroup, which involves external radiologists.

The completed audit will be subject to a further quality assurance process and this and the work of the clinical subgroup will be completed by the end of March, it said.

Counselling has been made available to the 10 people with the missed diagnoses and measures had been out in place so people could be seen quickly by clinicians, the hospital spokeswoman said last week.

A report is to be issued, which it is expected will look into the workload of individual radiologists at the hospital. Some of the work is outsourced to ease pressure.

A team of five radiologists work at the hospital. Their contracts vary.