De Buitléir hopeful proposals on health will be implemented 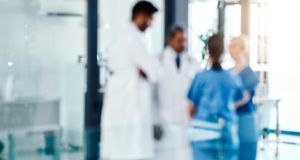 At the launch of the report of the review group on private practice in State-owned and funded hospitals its chairman Donal de Buitléir said he was a “pathological optimist”.

He was hopeful the Government would implement its recommendations on how to introduce a public-patient-only hospital system as envisaged under the Sláintecare health reforms.

Optimism may be needed as it may take a while for this process to play out fully.

Next month, Minister for Health Simon Harris will convene talks with medical organisations about ending the lower pay arrangements in place for hospital consultants appointed since October 2012.

The de Buitléir report acknowledges that ending this two-tier pay system should form part of moves towards reforming the hospital system.

These talks will not deal with broader contractual changes that would be required to eliminate private practice in public hospitals entirely. Indeed the Irish Medical Organisation has made clear it will not enter into any negotiations on a revised contract until the Government ends these lower-pay arrangements for recent entrant consultants.

But even before then, the Government will have to decide what it wants to do

The de Buitléir report concluded that removing private patients from public hospitals could be achieved over a 10-year period in a process that it says will be costly, but affordable.

However, the Department of Public Expenditure – which effectively killed off James Reilly’s universal health insurance scheme, the last Government health reform plan, on the grounds of cost – may have a different view.

Department of Health sources say that while the Cabinet has agreed the report should be published to facilitate a debate among stakeholders and the wider public, no decisions on its recommendations are being made at this stage.

It seemed telling that de Buitléir launched the report on his own, sitting at a table in a Dublin hotel without any Government Minister or representative in sight.

Mr Harris has said on several occasions he favours a public-only hospital system and it is understood his department believes the move could cut waiting lists substantially in some specialities. It is understood he hopes to bring proposals to Cabinet before the end of the year.

Some sources said while the Department of Public Expenditure would support some elements of de Buitléir proposals, there were concerns about the costs which the Minister, Paschal Donohoe, described as “significant”.

While the €650 million loss in income for public hospitals under the proposals has generated many headlines, this is not the only potential cost.

About 2,500 consultants have contractual rights to see private patients. The report suggests that they could be offered a once-off payment to encourage them to move to a new public-only contract.

There are questions as to what scale of payment would be needed. And would these cover a full career or only a number of years?

The report also suggests that official pay caps could be removed to facilitate recruitment of doctors to highly specialised posts. But there are about 30 specialities, as well as many sub-specialities. How would these be ranked in terms of importance and who would do the ranking?

The report says the removal of pay caps would only be done in tightly controlled circumstances. There would undoubtedly be fears in parts of Government that exceptional cases could very soon become the norm.