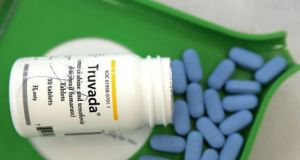 Customs are intercepting and seizing large amounts of a revolutionary anti- HIV drug which is being ordered by people online.

Pre-Exposure Prophylaxis (PrEP) is a once-daily medication that, in combination with safer sex practices, has been proven to significantly reduce the risk of HIV infection, particularly among members of the gay community. Some studies have shown it reduces contraction rates among men who have sex with men by more than 90 per cent.

The cost of PrEP is not covered by the HSE, although it can be obtained privately with a doctor’s prescription from some pharmacies at a cost of €400 a month.

It is understood other manufacturers are seeking to supply generic versions of the drug which would significantly reduce the price but these efforts are being challenged in court by PrEP’s manufacturer, Gilead Sciences.

The high price of the drug has lead to increasing numbers of individuals sourcing it online from abroad, a practice which is illegal in Ireland.

There has been a dramatic rise in HIV infection rates in Ireland in recent years. More than 500 new cases of HIV were diagnosed in 2016, the highest rate since records began. Rates have been rising steadily since 2011, with the number of new infections increasing significantly within the past two years.

Gay rights and health groups have urged the Government to cover the cost of PrEP as part of a strategy to address the crisis.

Customs officials have recently been instructed to step up surveillance of PrEP imports. Since the beginning of the year eight shipments, totalling 630 tablets have been seized.

The Health Products Regulatory Authority (HPRA) has confirmed the seizures and warned against sourcing medicines online.

“The HPRA strongly advises the public not to procure prescription only medicines from online or other illicit sources.”

Patent due to expire

The HPRA could not say if the medicines seized were genuine or counterfeit. It said investigations into their source are continuing. The body is also examining the websites where some of the drugs were sourced.

“The condition of some of the medicines detained as a result of the online supplies raised questions as to their authenticity, but this condition could be the result of poor handling and storage by unauthorised persons supplying them illicitly.”

Man2Man, a HIV information campaign run by the HSE and the Gay Health Network, has said there is no evidence the drugs being imported into Ireland are not effective, but warned individuals to exercise caution.

PrEP is marketed in Ireland exclusively by Gilead under the brand name Truvada.

The original European patent on Truvada is due to expire this year, but Gilead, the world’s largest manufacturer of HIV drugs, has sought an extension of its protection, which is due before European Court of Justice.

It has also moved to obtain Irish injunctions against the manufacturers Mylan and Actavis over their versions of Truvada. The HSE has said it expects to hear an application in the near future for Truvada to be covered by public funds.