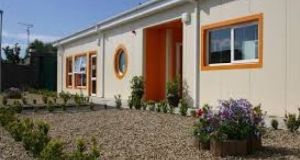 A Co Meath creche has been temporarily closed after five Covid-19 cases were confirmed.

Three children and two staff members at the Daoine Óga Community Childcare Centre in Navan tested positive for the disease in the past week.

Management had closed three of the creche’s eight rooms in response to the cluster, but the entire centre has now closed following a recommendation from a public health officer. The centre is to reopen on August 18th.

The three affected children were said to be asymptomatic while the two adults have demonstrated mild Covid-19 symptoms. Children using the creche had been split into pods of up to eight since it reopened in June.

Local Sinn Féin councillor Eddie Fennessy is awaiting results for his two-year old son, Ned, who has underlying health issues and was tested at a centre in Slane on Monday.

“The outbreak is in a creche where scores of children attend daily so the potential for mass transmission is high,” he said. “I’m not qualified to give a medical assessment on how to manage a pandemic but I can tell you one thing for sure – it is downright dangerous for almost a week to pass before you test people who’ve been in direct contact with an infected person.”

Prof Moynagh said waiting almost a week to test close contacts of confirmed cases meant the process would be of “little or no value”.

The creche’s chief executive Marie Daly said parents and staff were notified of the decision to close on Monday evening.

“We have always followed all guidelines and advice given to us from all the relevant bodies since the first staff member tested positive, and we have always kept staff and parents up to date with the situation,” she said, adding that it was “extremely devastating” news after investing in protective equipment and other Covid-19 measures.

“We have done everything we can to try and stop this virus coming into this building and the worrying thing is that all the children who contracted the virus are asymptomatic. Everyone is worried but the parents and pre-school inspectors have been extremely supportive to us.”

The HSE said it could not comment on individual cases or outbreaks as it would breach its duty of confidentiality to the individuals concerned.

In a statement it said that if HSE public health staff determine there is an outbreak, a control team is convened to advise on control measures. The HSE said there is no delay in testing GP referred cases.