CervicalCheck director leaves after less than a year 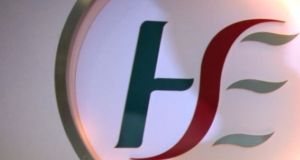 The clinical director of the embattled CervicalCheck unit has left her job for another position in the Health Service Executive after less than a year in the role.

Dr Lorraine Doherty is to take up the role of clinical director for health protection within the HSE.

Dr Mason Mohan has already been involved in many aspects of the work carried out by the CervicalCheck programme. Both women will work together “to ensure a smooth transition”, said a spokeswoman for the HSE.

The role of CervicalCheck clinical director will be advertised on a permanent basis as soon as possible, the HSE said.

“Dr Doherty has played a vital role in bringing stability to CervicalCheck and will continue to be supportive of screening in her new position,” said the spokeswoman.

“She has significantly strengthened the CervicalCheck management team, including for example appointing new clinical advisers for pathology and colposcopy.”

The mother of two was diagnosed with cancer three years after her 2011 smear test results were incorrectly reported as clear. She now has terminal cancer.

The failure to tell women about the review of their smear tests led to the resignation of CervicalCheck’s clinical director Dr Grainne Flannelly days after Ms Phelan’s case came to light.

The audits were carried out after the women were diagnosed with cancer to assess the quality of the screening. Some women, it was found, may have benefited from earlier care.

A review by the Royal College of Obstetricians and Gynaecologists, published last month, discovered an opportunity to identify 159 women’s cancers were missed by CervicalCheck out of 1,038 women whose smear test slides were checked.

However, it found that the overall pattern of discordance – where reviewers find a different result from the original – was similar to that found in a larger review of cervical cancers in England.

Some of the affected women have said they have no confidence in the review after discovering errors in the labelling of their slides.

1 Covid-19: Public urged to ‘stay at home’ as 1,025 further cases confirmed in State
2 Transmission of Covid-19 on flight into Ireland linked to 59 infections
3 Man (21) charged with breaking into a house armed with an axe
4 US election: ‘Donald Trump needs to go. White America got what they want’
5 Maureen Dowd: Biden the anti-venom for Trump’s poisonous menace
Real news has value SUBSCRIBE