No abortion service being provided in four counties

Not a single GP in Sligo, Leitrim, Carlow and Offaly signs up to the new service 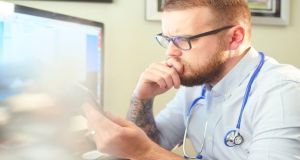 The number of GPs who have agreed to perform medical abortions has risen to 200, from 187. File photograph: Getty Images

No abortions are being provided in Sligo, Leitrim, Carlow and Offaly because not a single GP in the four counties has signed up to the new service.

At the end of the first week since abortion became legal, the number of GPs who have agreed to perform medical abortions has risen to 200, from 187 on Wednesday.

Only 112 of these are opting to take referrals from the HSE’s MyOptions helpline, which is the main referral pathway for women seeking a termination. The rest will deal only with cases from their existing patient lists.

Sources say the take-up by family doctors remains fluid, with GPs both opting in and opting out of providing the service. There are about 3,500 active GPs in the Republic.

Some doctors fear being targeted by anti-abortion protesters if they are identified as a provider of abortion services, particularly if they are the only provider in a particular area. These concerns are likely to be amplified following a protest held outside a GP surgery in Galway city on Thursday.

Under the new service, GPs will provide medical abortions using the abortion pill to women up to nine weeks, while terminations between nine and 12 weeks are performed in hospitals.

Speaking on a visit to Bavaria, Germany on Friday, Taoiseach Leo Varadkar said it was not right to protest outside hospitals or places where people were accessing medical services and “particularly for something like abortion is a very private, very personal thing”.

He said, “while I respect people who are pro-life, who oppose abortion, I don’t think anyone should be impeded when they’re trying to access a medical service . . . There are other ways to protest.”

The Rotunda Hospital is accepting women only from its catchment area, and the NMH will apply a similar restriction

It will be some weeks before the level of demand for the service becomes known. Dr Mike Thompson of the Start group of pro-choice GPs said one of its members had received seven referrals during the week, and another five. Other doctors had yet to see a woman seeking a termination.

Only a skeleton service has been available in hospitals this week. Among the big three maternity hospitals in Dublin, the Coombe Women’s Hospital is not providing the service, while the National Maternity Hospital does not begin accepting referrals until next week.

The Rotunda Hospital is accepting women only from its catchment area, and the NMH will apply a similar restriction.

Sources say one reason the hospitals imposed the restriction was to avoid becoming a de facto national centre for abortion referrals. It was also felt a failure to limit referrals would let other units, which are not yet ready to provide the service, “off the hook”.

At the start of the year, the HSE indicated that nine of the 19 maternity units were in a position to provide abortions, but some hospital groups have indicated since that their units are not ready.

A spokeswoman for Minister for Health Simon Harris said his understanding was that nine hospitals were currently in a position to provide the service. Mr Harris has sought a further meeting with the HSE next week to get an update on the situation.

Meanwhile, women from Northern Ireland will have to pay for abortions under the new service, according to the guidelines prepared by the HSE.

These state that the service is free if a woman normally lives in the Republic. “If you live in Northern Ireland, you can have an abortion in Ireland, but you will have to pay for it.”

There is no fixed rate for a termination for women who have to pay for the service. In the case of abortions up to nine weeks, GPs are free to decide on the cost of the service.

Last November, Mr Harris said he wanted to find a way around the obstacles to giving women from Northern Ireland access to abortion services in the Republic free of charge.

The State is paying GPs a fee of €450 to administer the abortion pill, so it is likely the cost for any paying customers will be close to this figure.