The machair at Dooaghtry is teeming with rare and precious organisms 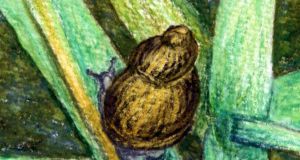 A sharp turn of the road on our hillside presents a view that helps to put the “wild” in the Wild Atlantic Way. From the rising mass of Mweelrea, sharp-edged mountains ring the mouth of Killary’s fjord. Framed below, a tangle of moorland, lakes, dunes and machair, locally known as the duach, is hemmed by a great swathe of strand.

It looks almost unnavigable – and, above all, big. The poet Michael Longley, embracing this landscape, remarked how the hugeness of its space and horizons draw the eye, then the intricate middle distance. “Finally, you end up on your hands and knees, looking at the faces of flowers.”

I thought of him as the latest parcel of reports from the National Parks & Wildlife Service, thumping into my letterbox, spoke for other figures on their hands and knees. Malacologists and botanists, wielding magnifying glasses, interrogate this landscape’s most precious living organisms, none of them at all obvious from a standing position.

The reports include updates on the populations and prospects of two rare snails and one rare plant that are as special to this moist and windswept coastal corner (known to science as Dooaghtry) as its choughs and otters and whooper swans.

The plant comes first, because Longley, who loves the names and nature of things botanical, once wrote a kind poem about my wish to have my ashes scattered on the strand. He suggested that “petalwort, snail snack, angel’s nosegay” might offer a companionable wreath.

Grazing by sheep and rabbits keeps the vegetation very short and open, a man-made intervention that helps to maintain the petalwort’s “favourable” conservation status

Petalwort is Petalophyllum ralfsii, a liverwort, one of botany’s least creatures. It makes a sort of frilly stubble on the sandy, mossy machair, each of its separate rosettes like a tiny, pale green lettuce.

Figured as rare in the EU’s nature directives, the ensuing national search for it found enough along our west coast to make Ireland the species’ world stronghold. The latest count at Dooaghtry found 409,941 plants (an oddly precise “estimate”) spread over some 10 hectares. Grazing by sheep and rabbits keeps the vegetation very short and open, a man-made intervention that helps to maintain the petalwort’s “favourable” conservation status.

The same nibbling is not so good, it seems, for the future of Dooaghtry’s little whorl snails, rarest of the area’s remarkable molluscan zoo. Its singular richness has been known to malacologists (once conchologists) for more than a century, recording some 70 species. All have built their shells from calcium blown across the dunes from the shore. The calcium derives from the powdered shells of sea molluscs washed in to the tideline, a happy example of Gaian recycling.

My early acquaintance with the snails was to find so-called “garden” snails clustered together in winter on the lee side of shoreline fence posts, their shells sandblasted to paler shades of blue. A soft day in late spring finds them copulating everywhere in the dunes and crunching under one’s boots.

A few sizes down from these snails are the lightweight and bright-banded Cepea nemoralis. Genetic research suggests they were originally brought from Iberia to Ireland by Mesolithic travellers needing a portable snack.

The tiny whorl snails, with Arctic forebears, creep along beneath shells rather smaller than a grain of rice, their giddy shape prompting the species name Vertigo. At Dooaghtry, we have Vertigo geyeri and Vangustior, two of the family brought briefly to national notice by their misfortunes at Pollardstown Fen, Co Kildare.

Their reliance on wet, mossy flushes, often less than a metre square, sets a tight parameter for its survival.

They were originally threatened in Kildare by drainage from bypass construction, but current hazards now arise from erratic management of grazing. At Dooaghtry, too, both undergrazing and overgrazing complicate their future in what, otherwise, would be ideal natural habitats.

Rarest of all the Dooaghtry snails is one that is at least visible, with a shell almost a centimetre long, and a common name to remember. The sand-bowl amber snail, Quickella arenaria, is scientifically distinguished, however, by an arrowmark discovered at the end of its willy.

A species mostly of dune hollows and the flood plains of larger lakes, it is reckoned “globally important”. And since loss of three midland habitats in the last century, Dooaghtry is possibly its most important site in the world.

That’s the judgment of Dr Evelyn Moorkens, Ireland’s leading malacologist. Her last visit to Dooaghtry, on a very wet day, found the snails “having a terrific reproductive year”. But their reliance on wet, mossy flushes, often less than a metre square, sets a tight parameter for its survival.

Along with current and random hazards (passing tractors, quad bikes, the sharp little hooves of sheep) come intimations of climate change that threaten their ecosystem as a whole. Rising sea level will send spring tides swirling across the machair and fiercer storms will bite further into the dunes.

Eventually – a long eventually, let’s assume – acidification of the ocean, dissolving much of its calcium, could thin that magic passage of the shells of seaborne molluscs into the land snails of the shore.