Irish Water did not issue notice until 12 days after problem occurred at Louth plant, says EPA 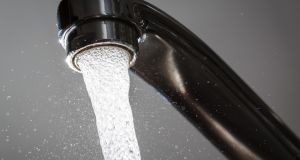 The EPA said actions have been taken to minimise the risk of future incidents at the Louth plant. File photograph: Thomas Trutschel/Photothek via Getty Images

Measures to lower the risk of contaminated drinking water entering supplies in parts of Co Louth this summer were not put in place for almost a fortnight after a problem occurred at a treatment plant, an environmental audit has found.

In a report, the Environmental Protection Agency found a boil water notice was not issued by Irish Water until 12 days after the first indications of the failure of equipment at the water treatment plant in Tallanstown, Co Louth.

The EPA audit said the delay in issuing a boil water notice to 1,900 people affected by the problem “posed an unacceptable risk to public health for the consumers of Tallanstown Public Water Supply”.

The EPA revealed there was a failure of treatment barriers at the plant on July 19th but the problem was not escalated to Irish Water until July 26th. A decision to issue a boil water notice was only taken on July 30th.

The audit found the contact time for chlorine used to ensure adequate disinfection of the water supply was not suitably controlled and managed at the plant.

The EPA has separately required Irish Water to provide an action programme to outline how it intended to improve the security of the supply from the Tallanstown plant and how it will ensure that households in the area can receive adequately treated water.

It said a number of findings from a previous audit on the plant in December 2018 had still not been completed.

The latest report said water quality at the plant, which is sourced from the River Glyde, deteriorated on July 19th due to a flood event. However, there was no alarm at the time to warn the plant operator of high levels of discolouration in the water supply, which was followed by the failure of a pump on July 20th for a period of up to 24 hours.

Irish Water was only notified of the problem on July 26th and the result of tests on July 29th showed high levels of aluminium in the supply and inadequate disinfection.

The EPA noted that a number of actions have been taken to minimise the risk of future incidents, including the installation of a new pump and monitors.

During the audit, officials found vehicle tracks on agricultural land close to the abstraction source from the River Glyde, which it said if used for applying pesticides was “too close to the river”.

Pesticides above permitted levels were found in the Tallanstown water supply on several occasions in the past, most recently in October 2018.

The EPA also said the safety and security of drinking water from the plant could not be verified until improvements had been made to treatment processes.

It found the monitor used to test for chlorine levels was not at an appropriate location and could lead to false alarms or the failure to shut down the plant.

The boil water notice was partially lifted on October 7th but remains in place for around 600 customers in Tallanstown village.

Irish Water said adequate chlorine levels were being maintained consistently at all locations apart from one section of the network which was being in the process of being addressed.