Shift to domestic heat pumps from 2025 a ‘knee jerk reaction’ 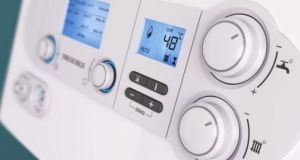 A significant problem could lie with servicing the gas and oil boilers that remain in use after they are banned in new builds. Photograph: iStock

Pat Jordan’s father started his boiler installation business in the early 1960s when many people were seeing the domestic technology for the first time.

“They were there for the beginning of the industry in Connaught at least. We rolled with the blows, modernised and retrained as we had to. We will probably be there for the end of it as well,” he says.

That is a nod to what’s coming down the line, a ban on oil and gas and oil boilers from 2025 and toward environmentally-friendly heat pumps.

If that happened overnight Mr Jordan estimates about 3,000 jobs would be instantly affected. As it is, a gradual phasing out of boilers will give those who want to change with the technology time to retrain.

Mr Jordan believes the shift is a “knee jerk reaction” and misses some important points.

He explains that heat pumps – the technology that will replace fuel-burning boilers by taking heat from the air and circulating it inside homes – are powered by electricity which is generated in power stations.

It would be more energy-efficient, he says, to continue using domestic boilers, burning fuel at the point of use, rather than electricity produced from fossil fuels, much of which is lost by the time it reaches the home.

If the Government target is to produce 70 per cent of electricity from renewable sources by 2030, Mr Jordan says, it would make more sense to keep using traditional boilers and focus on increasing the level of renewable electricity in power stations to above 70 per cent, a far more efficient way of reducing emissions.

He does not believe Ireland can be entirely reliant on wind and solar power, although he is in favour of them, and says the ongoing development of carbon neutral gas is not being taken into account.

However, a significant problem could lie with servicing the gas and oil boilers that remain in use after they are banned in new builds.

“The guys that are there will continue to service the market but you will find no new entrants into it,” Mr Jordan says, explaining that many will not bother getting recertified after five years and so there will likely be difficulties getting services in five to ten years’ time.

“The industry is resilient. Some of the older guys will say they have seen enough and won’t bother with any of the new stuff,” he says. “The younger guys will have no option but to retrain or get out.”