Temperatures hit 17.2 at Valentia Observatory, highest every recorded at station for February 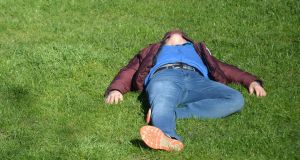 This week’s warm weather hit record levels in the west of Ireland on Tuesday with temperatures reaching 17.2 degrees Celsius at the Valentia Observatory, the highest ever temperature recorded at the Co Kerry station for the month of February.

Meteorologist Vincent O’Shea said the recent warm weather had arrived in Ireland as a result of a southerly jet stream with wind flows coming from Portugal, the Azores, the Canary Islands and the sub tropics.

In the UK, records were broken for a second time this week on Tuesday with temperatures reaching 20.8 degrees Celsius in the coastal town of Porthmadog in the area of Gwynedd in Wales.

The UK Met Office posted a map of the UK and Ireland with the message “for the second day running we’ve broken the UK record for the warmest winter day with 20.8 degrees Celsius at Porthmadog, Gwynedd”.

Back in Ireland, the warm, dry and sunny conditions are expected to continue throughout Wednesday with temperatures ranging between 13 and 17 degrees Celsius. However, temperatures will begin to fall on Thursday and Friday with cloud and rain beginning to spread. Rain and strong winds are expected over the weekend with southwest gales on Saturday and daytime temperatures falling back to the seasonal norm.