From November, new houses will have to comply to a near-zero energy efficiency 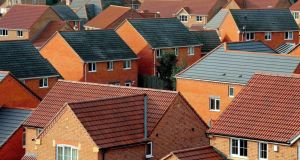 According to the department’s estimate, the A2 rating will add 1.9 per cent to the overall cost compared to A3. Photograph: Rui Vieira/PA Wire

What are the main changes?

New regulations being introduced in November will require new houses to comply to a near-zero energy efficiency of A2. Until now, new homes only had to reach A3 standard, the third-highest ranking under the Building Energy Rating (BER) scheme.

If major renovation work, or extensions, are carried out on an existing house – where such works take up more than 25 per cent of its footprint – there will be a new requirement that the overall energy rating for the house is increased to a B2 standard, the fifth-highest rating. The majority of the Irish housing stock has a rating of C2 or worse.

What’s the difference between A2 and A3?

A2 is close to passive house standard in terms in energy efficiency. In technical terms, it uses 25 kilowatt hours (kWh) per sq m each year, compared to 50 kWh for A3.

To achieve that a house requires higher levels of airtightness, 10 per cent more solar panels, LED lighting everywhere, and smart systems that restrict the amount of hot water being used for things like showers. Labelled nearly zero energy buildings (NZEB), they use a quarter of the 100 kWH of a B2 building. An A2 house is 70 per cent more energy efficient than a house built in 2005.

How much extra will it cost?

The new A2 rating will apply to all new builds from November. According to the department’s estimate, it will add 1.9 per cent to the overall cost compared to A3. That would increase the bill of a €400,000 house by almost €8,000.

How will it be enforced?

New developments are subject to an independent certification process which ensures the buildings are in compliance with the regulations.

However, families building one-off houses have an opt-out option from building control regulations and do not need to go through the compliance process. The Society of Chartered Surveyors Ireland (SCSI) has raised concerns about this, saying that 20 per cent (or 4,000) of new homes built will be one-off houses that have opted out.

The society has argued the lack of certification for these houses gives no comfort that they are meeting the required standards, and some might need remedial work in the future.

The department argues there are other checks, and says financial institutions which give mortgage loans insist on a high level of certification to ensure compliance.

The Minister of State for the department, Damien English, has said he is in favour of the “opt-out” option being reviewed.

So will my extension be affected?

If a person is building a small extension of, say, 40sq m, there will be no requirement to meet the new regulations. They only apply if the extension or renovation works comprises 25 per cent of the space or footprint of the dwelling.

That would mean an extension where two walls, for example the gable and side wall, are being demolished. In most cases, work on energy improvement would be done in any instance, such as the replacement of old, inefficient boilers or storage electric heaters, better ceiling and roof insulation, or new windows. It would certainly cost a greater percentage than for a new build.

What does a B2 rating entail?

Domestic energy ratings range from BER A1 (which is a passive house) to G, which would typically be an old house, with faulty windows, no insulation and an antiquated heating system.

The Government’s climate action plan has pledged that 500,000 houses will have a B2 rating or better by 2030. That will involve upgrading heating systems, retrofitting insulation, replacing windows and doors, and using LED technology.

Are there grants available?

Yes, there are, through the Sustainable Energy Authority of Ireland (SEAI). They include grants for insulation improvements to the ceiling, roof and wall (both internal and external). There are also grants for upgrading boilers to modern energy-efficient ones. The maximum grant available is circa €5,500.

A pilot SEAI project covering the cost of deep retrofit work on people’s homes was wound down last month on cost grounds. A deep retrofit of an existing home – typically involving replacement of oil and gas boilers, window replacement and new exterior wall insulation – can cost €20,000 to €25,000 or more.

The more stringent regulations for new builds make sense as, for a 1.9 per cent increase in cost, substantial savings will be made in terms of energy costs. It will also help to lower emissions in the building sector, which uses 40 per cent of all energy.

The new rules for extensions will affect only a minority of homes, and will probably result in savings, but over a much longer timespan. It will involve a lot of upfront cost. However, that is going to become an inevitable reality for most home owners over the next decade as they try to make their homes energy efficient.

The Government is trying to come up with smart solutions to help homeowners pay for retrofitting work.

The fact that those building once-off housing can avail of an “opt-out” from building regulations is an anomaly. A recent report on faults over blocks and construction for houses in counties Donegal and Mayo recommended that the opt-out be scrapped.