Figures indicate State is ‘going in wrong direction across a number of indicators, such as falling recycling levels’ 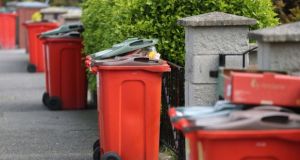 Ireland continues to be a throwaway society and depends heavily on incineration, while recycling of some waste categories has peaked, according to the latest statistics report from the Environmental Protection Agency (EPA).

Levels of municipal waste generation continue to be closely linked to high consumption levels and a single-use culture, confirms the report for 2018 – the most recent official data on waste generation and management.

Data for 2019 and 2020 shows these trends have continued, while there is evidence of a considerable increase in household waste generation due to Covid-19 “with an accompanying drop in commercial and retail waste”.

The EPA will be undertaking detailed waste characterisation work in coming months to ascertain how composition of waste has been affected by the pandemic. “Based on feedback from retailers, there has been a notable increase in customer demand for wrapped over loose food items (bakery items and fruit/veg), so we anticipate this will identify an increase in plastic packaging waste,” a spokeswoman said.

Waste management practices have changed significantly in the past 20 years, the report confirms, as landfill disposal has fallen sharply. Recycling rates increased steadily in the early 2000s, before stagnating at 40 per cent and declining to 38 per cent in 2018.

Over one third (35 per cent) of municipal waste was exported for recycling or recovery highlighting reliance on that option. “Ireland continues to have some significant waste infrastructure deficits and relies on export for a number of key waste streams, including packaging waste and hazardous waste,” the report states.

Some 1 million tonnes of food waste was generated in 2018, with households and the processing, manufacturing and retail sectors all contributing to this.

“While the introduction of brown bins has led to a welcome reduction in the amount of food and garden waste found in the residual waste bin, only 43 per cent of Irish households had a brown bin in 2018 and about half of all household organic waste continued to be disposed of in the ‘wrong’ bins,” the report says.

In the commercial sector, almost 70 per cent of residual waste bins could potentially be diverted to recycling or to brown bins with better segregation, the EPA notes.

‘Going in the wrong direction’

Dr Eimear Cotter, director of the EPA Office of Environmental Sustainability, said a circular economy was one based on less waste and more reuse and recycling of materials that otherwise would be thrown away. “These figures indicate we are going in the wrong direction across a number of indicators, such as falling recycling levels. To get the most from our resources, we need to prevent waste and break the link between economic growth and waste generation.”

Recycling rates to ensure Ireland meets ambitious new EU targets in coming years recycling rates will have to be significantly increased, Dr Cotter said. “Measures that promote better segregation of waste and also expand the range of materials that can be recycled in Ireland will be key to this.”

EPA senior scientist Dr Tara Higgins welcomed concrete measures to address Ireland’s stagnating recycling rates and continuing high levels of waste generation in the Government’s new Waste and Circular Economy Action Plan. “We look forward to engaging with and participating in the implementation of the plan to put Ireland on a path to a circular economy and bring about environmental and climate benefits.”