Trade deal will be a failure on sustainability grounds, international researchers find 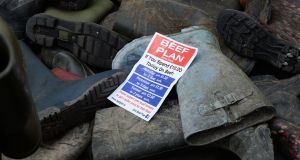 The upcoming trade agreement between the EU and Argentina, Brazil, Paraguay and Uruguay – the Mercosur bloc – “fails across sustainability criteria and stands in direct contradiction to the goals of the European Green Deal”, according to an international group of researchers.

Mechanisms to include and protect local communities; trace the origin of commodities, and to enforce sustainability standards “are lacking throughout the proposed EU-Mercosur deal text”, concludes the research led by the University of Oxford and the Nature Conservancy.

Frameworks to support inclusiveness, such as the UN Declaration on the Rights of Indigenous Peoples, have been overlooked in the deal, it finds. Researchers also found that mechanisms to trace the origins of commodities with a high risk of driving deforestation, such as beef and soy, are absent.

“Given the widespread Amazon and wetland fires, as well as [German chancellor Angela] Merkel’s recent ‘considerable doubts’ over the deal following her meeting with youth climate activists, our research adds to mounting evidence against this deal,” said lead author Dr Laura Kehoe, an Irish scientist with the LEAP programme at the University of Oxford.

The LEAP programme aims to understand the health, environmental, social and economic effects of meat and dairy production and consumption to provide evidence and tools for decision makers to promote healthy and sustainable diets.

This provisional Mercosur deal comes at a time when deforestation and violent attacks on indigenous lands have accelerated in Brazil since president Jair Bolsonaro took office, with “a sobering 516 major fires already detected this summer” in Brazil’s Amazon, with unprecedented fires sweeping through Argentina’s and Brazil’s wetlands, Dr Kehoe said.

“The destruction of natural habitat causes species extinctions, increases the likelihood of future pandemics, and accelerates the global climate crisis.”

“As the Amazon burns, it nears a tipping point, that if reached could trigger a rapid shift from lush rainforest to a dry savannah – drastically reducing the rainfall on which South America’s agriculture depends,” adds the study, published in One Earth.

The research highlights that even without a trade deal, every year the EU imports more than 10 million tonnes of soy and 200,000 tonnes of beef from the Mercosur bloc. “Ongoing imports to the EU from Mercosur are linked to one football pitch of deforestation every three minutes.”

The paper outlines how the economic power of trade could instead be utilised as an incentive for countries to meet their Paris Agreement commitments: “Bans on trade in specific goods and services should be introduced until commodities comply with basic legal and sustainability criteria in line with international agreements. This is a particularly powerful policy option given the lack of legal mechanisms to enforce international agreements such as the Paris Agreement.”

At a time when deforestation, climate change, and indigenous rights violations are escalating, urgent action from the EU is crucial, it says.

“Our window of opportunity for avoiding the disastrous outcomes of climate change is closing. As the school strikes and climate protests across Europe have shown, we will no longer accept production practices that cause climate change,” said Tiago Reis, a Brazilian researcher on how international trade affects land use in producing countries, who is based at the Université Catholique de Louvain in Belgium.

“The sad irony is that there was never any need for more deforestation in Brazil: research has shown that future agricultural demand could be met from improving existing farm practices and restoring degraded land, without any need for more conversion of natural habitats,” he added.

While the trade deal text includes some sustainability principles, stating that “increased trade should not come at the expense of the environment or labour conditions”, the researchers note there are no legally binding enforcement mechanisms included to ensure such principles are followed.

“It has become painstakingly clear: when we destroy forests we all suffer,” Dr Kehoe said. “This is my message to the new [EU] trade commissioner Valdis Dombrovskis: we already have many of the solutions to avoid fuelling conflict and ecocide abroad, what we need is strong leaders willing to take action to transform trade and protect the living world. A great first step would be to make trade deals contingent on countries progressing towards their Paris Agreement targets.”

She believed the Irish Government “need to step up and recognise our responsibility as importers of grain from Brazil. We cannot continue to fuel deforestation abroad for our diets at home. In case they forgot: we are in a climate emergency.”