Independence of climate council needs to be strengthened, committee told 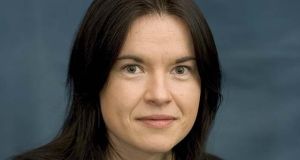 Dr Áine Ryall: Independence and expertise of the Climate Change Advisory Council needs to be strengthened to ensure the State lives up to its legal obligations on addressing climate change.

The independence and expertise of the Climate Change Advisory Council needs to be strengthened to ensure the State lives up to its legal obligations on addressing climate change, according to Dr Áine Ryall, co-director of UCC Centre for Law and the Environment.

The Supreme Court had recently put down a significant marker in finding against the State’s climate planning in what was known as Climate Case Ireland, she told the all-party Climate Action Committee on Thursday.

It is examining the Climate Action and Low Carbon Development (Amendment) Bill 2020, which is enshrining Ireland’s climate ambitions in law.

“Significant weight” was attached to views expressed by the Climate Change Advisory Council in the court’s opinion, Dr Ryall said. “It seems clear from the judgment that the council’s persistent and stinging critiques of government policy played an important role in the Supreme Court’s analysis.”

“This underlined the importance of strengthening its independence and its oversight role and ensuring it has the necessary range of expertise and resources to support its expanded mandate under the Bill,” she added.

This was also strongly endorsed by the Citizens’ Assembly following its deliberations on how the State could make Ireland a leader in tacking climate change.

An “unofficial” consolidated text incorporating proposed changes to be made by the Bill, compared to the 2015 Climate Act, would have been “an invaluable reference point and an important resource to enable the public, and those who are not familiar with navigating Bills and complex amendments to legislation, to engage more effectively with the pre-legislative scrutiny process”.

This Bill, none the less, provided a timely opportunity to take steps to turn the corner on Ireland’s traditional “laggard” reputation on climate change. “We face an existential crisis. The time to act effectively is rapidly running out. We must deliver robust, workable climate legislation that supports a just transition and protects human rights.”

Specialist in climate change governance Dr Diarmuid Torney of Dublin City University said the Bill was a welcome improvement on the 2015 Act, but it had weaknesses that ought to be addressed before being passed into law.

Under the Bill, the State is required to “pursue the transition to a climate resilient and climate neutral economy by the end of the year 2050”, it is not required to achieve it, he noted. It sets out a detailed and robust procedure for setting five-year carbon budgets, “but there is no clearly stated obligation on Government to comply with these budgets”.

“By contrast, the UK Climate Change Act, considered by many a leading example of framework climate change legislation, states unambiguously that ‘It is the duty of the Secretary of State ... to ensure that the net UK carbon account for a budgetary period does not exceed the carbon budget’,” Dr Torney noted.

Requirements on setting of carbon budgets lacked precision, he believed. “There appears to be no obligation on either the Climate Change Advisory Council to recommend, or Government to approve, carbon budgets that are consistent with the national 2050 climate objective”.

The language regarding which greenhouse gases were covered by carbon budgets was imprecise and it was unclear if there would be a separate budget for methane arising from agriculture.

Dr Torney underlined the Bill, no matter how strong, would not by itself deliver the transformational change required. “Rather, it should be seen as one part of a much bigger jigsaw. It is an important start, but it needs to be accompanied by a wide range of other actions, including strong measures to ensure citizen participation and a just transition,” he added.