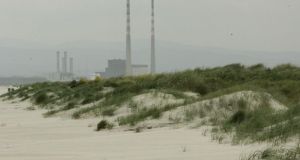 Warnings not to swim at a number of Dublin beaches should be obeyed as there is a “high risk of illness” if they are breached, a specialist in public health medicine at the HSE has said.

Dr Helena Murray said there is a risk of gastrointestinal infections for swimmers, with symptoms including vomiting and diarrhoea.

The entire south Dublin coastline has been put out off limits to bathers until next Wednesday following a sewage overflow at the Ringsend wastewater treatment plant due to heavy rainfall during the week.

“Once there’s a notice up, those signs should be obeyed because there’s a high risk of illness if you breach that recommendation,” Dr Murray told The Irish Times.

“If you went into such water you should avoid swallowing or swimming with an open cut or wound and avoid swimming if you’re pregnant or have a weakened immune system.”

Dr Murray said some cases of gastroenteritis can be “very serious”.

“Most people when they have gastroenteritis deal with it themselves and they get over it in 24 or 48 hours. Sometimes they consult a doctor and sometimes samples are taken,” she said.

“Our advice to the public would be whenever you’re going to the sea or any bathing water, you should always take precautions because sea water isn’t as clean as drinking water obviously.

“You should take precautions such as washing your hands with clean water or using an alcohol hand rub after being in the water and before handling or eating food. The general advice is that you shouldn’t let your children play in water that looks dirty.”

Water quality samples have been taken at Dollymount, Merrion and Sandymount beaches on Friday and results are expected on Monday.