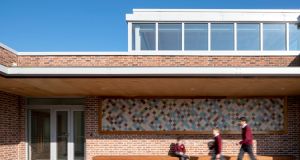 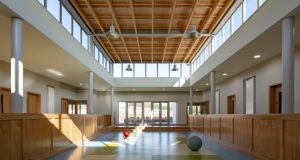 A Limerick primary school extension for students with autism has won the annual Royal Institute of the Architects of Ireland (RIAI) people’s choice design award.

The winning design was an extension of the school, built to provide two Autism Syndrome Disorder (ASD) classrooms, and included a sensory garden and activity space for students.

The all-boys primary school building was designed by Limerick-based firm Drake Hourigan Architects. Buildings and projects eligible to enter the awards were all completed in 2018.

The purpose of the designated autism classrooms was to assist the pupils moving into the adjoining mainstream classes over time, through efforts to encourage socialising between the classes.

The architects also redesigned a new courtyard and atrium at the entrance of the school.

The runner-up in the people’s choice award was the Cork Criminal Courthouse, with third place awarded to the new Grant Thornton headquarters on City Quay in Dublin, designed by Henry J Lyons Architects.

The awards will be handed out at a dinner ceremony on Friday evening at the Mansion House.

Carole Pollard, former RIAI president and chair of the judging panel, described the winning Limerick school design as a “spectacular” project. “The shortlist was made up of 41 exceptional projects including residential homes, commercial spaces, schools, heritage locations and public spaces,” she said.

Current president of the architects association, David Browne, said the positive impact the school’s design would have for pupils “cannot be underestimated.”

Cabinet Analysis: More than a quarter of new Minister positions allocated to women 14:14
Taoiseach had ‘no idea’ Barry Cowen was convicted of drink driving in 2016 14:14
Martin acknowledges disappointment from many on missing out on minister jobs 14:01
More than 63,000 end claims for Covid unemployment payment 13:14
Belfast Council apologises to families unable to attend cremation of loved ones 12:43