ASTI decides to ballot union members without giving a recommendation 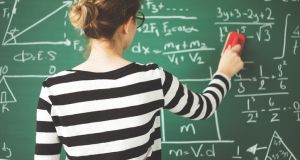 If the ASTI’s 17,000 members reject the new pay proposals, its leadership would then meet again to decide the next steps. Photograph: iStock

The Association of Secondary Teachers Ireland (ASTI) is to ballot its members on new Government pay proposals without a recommendation.

The union’s president Breda Lynch said while new Government moves to end the controversial two-tier pay system represented some progress, it did not “achieve equal pay for equal work”.

If the union’s 17,000 members reject the new pay proposals, its leadership would then meet again to decide the next steps.

Last month, the Government tabled proposals to end the system of those recruited since 2011 receiving lower pay than longer-serving colleagues by allowing those affected to catch up by jumping two increments on their pay scale over a number of years.

At a meeting on Saturday the central executive of the ASTI restated its commitment “to achieving an end to discriminatory pay for teachers who entered the profession since 2011.”

“Teachers who entered the profession after 2010 are on different pay scales than their colleagues even though they have the same duties and responsibilities,” Ms Lynch said.

“The ASTI has been campaigning on this issue for the past number of years and took strike action in 2016. While the proposed measure announced from the Department of Expenditure and Reform represents some progress, it does not achieve equal pay for equal work.

Last month the Teachers’ Union of Ireland (TUI), which also represents second-level school teachers said it would ballot members on the Government’s new proposals to tackle the two-tier pay system in the public service without a recommendation.

The union said the proposals had different implications depending on the career stage of the teacher.

The TUI said the proposals “do not deliver pay equality and will not tackle the recruitment and retention crisis currently afflicting second level schools”.

The result of a ballot of nurses on the Government pay proposals is expected on Tuesday.

The Irish Nurses and Midwives Organisation is expected to ballot its members for industrial action if they reject the Government proposals.

In addition to the measures aimed at eliminating the two-tier pay system across the public services, about 20,000 nurses could also benefit from a separate initiative to tackle recruitment and retention problems in some parts of the health service.

Separately, library, clerical and administrative staff in institutes of technology around the country are to begin industrial action next week, the trade union Fórsa has said.

The union said the move formed part of a campaign aimed at securing a comprehensive job evaluation exercise.

Fórsa said on Wednesday that it had served notice to individual institutes of technology that, from Monday, its members would not engage in any form of communication including making and taking phone calls, video conferencing or responding to or forwarding emails.

The Department of Education said on Friday that the current public service accord precluded industrial action in relation to matters which are covered by the agreement.

“The department regrets any industrial action which impacts on services to students.”