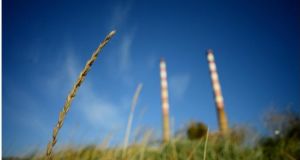 Dublin City Council has contacted An Garda Siochána following reports of an increase in illegal shellfish harvesting along the shores of the Irishtown Nature Park.

The nature reserve, located on the south side of the city, supports many species of sea and shore birds and the council said shellfish harvesting threatens the biodiversity of the area by depleting the food supply of protected birds.

The issue was raised by Green Party councillor Claire Byrne who said a constituent contacted her to highlight an increase recently in the number of people harvesting shellfish along the shore.

“He seems to think it’s quite a significant harvest that’s happening on a regular basis,” Ms Byrne said, adding that it’s unclear whether the shellfish are being picked for personal use or some other reason.

In response, the council said the nature park is located within a Natura 2000 site protected under the European Union Birds Directive, the South Dublin Bay and River Tolka Estuary Special Protection Area and that shellfish harvesting, which is illegal in this area, poses a risk to the park’s biodiversity.

“The chief parks superintendent has notified in writing both the National Parks and Wildlife Service’s Dublin Division and the Gardaí at Irishtown for further investigation under the European Union (Birds and Natural Habitats) Regulations 2011 to 2015,” said Dublin South East Area manager Brian Hanney.

“In order to address the matter, the gardaí have requested that people should report any details of suspected organised illegal shellfish harvesting taking place in or near the special protection area as promptly as possible to enable them to investigate the matter and, if warranted, to prosecute any criminal activities,” he added.

Development of the Irishtown Nature Park started in the 1980 when trees and seeds were planted in the area by the then Dublin Corporation with the help of local residents. The site had been the dumping ground for construction rubble generated during a short building boom in Dublin during the early to mi-1970s.

Today the park has more than 200 plant species as well as many species of sea and shore birds as well as butterflies. The park is an ideal habitat for the wren. Other birds here can include skylarks and linnets, dunnocks and stonechats as well as herons. Brent geese winter in a two-hectare area of grassland close to the park.