Food and drink sector is worst for environmental compliance 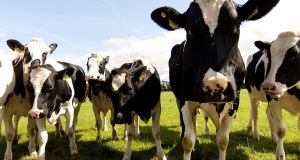 In the EPA’s latest National Priority Sites List for Enforcement, five sites are listed for persistent failure to meet the necessary environmental standards, four of which are from the agri-food sector

The Irish food and drink industry had the poorest environmental compliance record of any sector last year, according to the Environmental Protection Agency.

The sector had the highest number of prosecutions and the most non-compliances with the terms of operational licences granted by the EPA. Its poor performance means it has overtaken the waste sector, which dominated the agency’s “priority sites for action” in recent years.

The annual EPA Industrial and Waste Licence Enforcement report, which details compliance levels and enforcement activities across 800 licensed facilities, says there was a 68 per cent increase in noise complaints and a 42 per cent fall in odour complaints. About 1,000 complaints were made in total.

More than 1,500 site inspections were completed, 91 per cent of which were unannounced. Six sites were inspected 20 or more times.

The EPA concluded 22 prosecutions in 2017, including one DPP case, resulting in more than €374,000 in fines, and costs were awarded against the companies brought to court.

In July 2017, the EPA introduced a “name and shame” list of the most non-compliant sites among companies it regulates under licence. Companies giving rise to persistent odour, noise or dust emissions problems are highlighted, with updates every quarter. The sites involved are also subject to more attention by its inspectors through further enforcement action.

In its latest “National Priority Sites List for Enforcement” published on Thursday, five sites are listed for persistent failure to meet the necessary environmental standards, four of which are from the agri-food sector. The sector accounted for almost half of all priority sites since publication began in July 2017.

Programme manager Mary Gurrie of the EPA’s Office of Environmental Enforcement said the food and drink sector was currently “the outlier” where previously the waste sector dominated.

Of the 96 major food and drink companies it licenses, two of the main problems occurring were with wastewater treatment plants, and an increase in noise and order complaints. The former issue was believed to be linked to expansion of the sector, especially dairying, which was putting pressure on the plants. The latter issue was also related to expansion, ie an increase in activities and greater throughput, she said.

Over the past year, waste companies had improved infrastructure, managed odour problems more effectively and kept waste moving rather than stockpiling it on site, Ms Gurrie added. But the EPA would continue to be vigilant on this front – it regulates some 200 waste operations. “A lot of enforcement and prosecutions were necessary to drag them into compliance,” she said.

The national priority sites system, which began in July 2017, had exceeded expectations as a tool to drive environmental compliance, she said. “Companies have come off the list in the past year by improving operational practices or making significant investment in infrastructure. Sites in the agri-food sector have dominated the list (11 out of 19 sites) and compliance in this sector needs to improve.”

Of the 19 sites published on the list since it commenced, 13 have either been convicted or now face prosecution. Four sites have come off the previous listing following improvements in compliance.