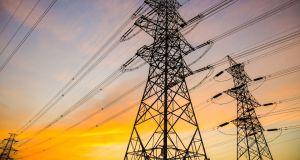 The EPA launched an investigation into the electricity cable leaks and identified 68 historic leaks between 1993 and June 2019. File photograph: iStock

ESB Networks failed to notify local authorities of 48 cases where hazardous insulating oil from underground electricity cables leaked into the ground, an investigation has found.

Environmental Protection Agency (EPA) officials disclosed the initial findings of their investigation to the Oireachtas committee on communications, climate action and environment on Tuesday. The watchdog will finalise a full report on the controversy in the coming weeks.

Dr Tom Ryan, EPA director of environmental enforcement, told the committee the ESB had “failed to screen the impact of fluid leaks” which had occurred since April 2009.

The fluid in the cables is a mixture of mineral oil - which was used until the late 1980s - and linear alkylbenzene, a lighter, biodegradable fluid, and “must be classified as hazardous,” Dr Ryan told the committee.

In June RTÉ Investigates revealed concerns over the scale of cable leaks following a whistleblower disclosure from an ESB employee to the company and to the Department of the Environment last year.

The disclosure claimed that insulating fluid from about 160kms of underground, low pressure, fluid-filled cables had been leaking into the ground at a rate of about 40,000 litres per year over the past two decades.

The EPA launched an investigation into the leaks, and identified 68 historic leaks between 1993 and June 2019.

ESB Networks had failed to report 48 of the historic leaks to local authorities, as required under the Water Pollution Act, the investigation found. In 20 cases the network stated it had notified the relevant local authorities of the leaks.

Screening ordered by the EPA into leaks since 2009 identified four cases “with the potential to cause environmental damage,” Dr Ryan said.

The ESB has “commenced a process of assessing the impact of all leaks from fluid filled cables,” he said. The majority of the leaks are caused by the age of the cables, most of which were laid between the 1950s and 1980s and are starting to degrade.

Green Party leader Eamon Ryan TD said it was a “dark day” for the State company given the stark findings of the environmental watchdog’s investigation.

Fianna Fáil TD Timmy Dooley said the EPA’s findings clearly showed there had been a failure of reporting standards.

The EPA investigation also examined the management of SF6 greenhouse gas, which is significantly more harmful to the environment than CO2, at an ESB plant in Moneypoint, Co Clare.

Inspectors found the management of the gas at the plant was “operationally rather than environmentally focused with sustained and prolonged leaks from equipment.”

Data from the electricity utility indicated over 2,300kg of SF6 had leaked from a substation since 2013, which represented 0.02 per cent of the entire country’s greenhouse gas emissions over the period.

The substation was “de-energised” in June and as a result the leakage of further SF6 “is no longer an issue,” Dr Ryan said.

There had been a failure to report the SF6 leaks to the EPA as required under several environmental regulations, the committee heard.

Chair of the committee, Fine Gael TD Hildegarde Naughton said the initial disclosure from the whistleblower had been “vindicated” by the EPA’s findings.