Properties could be threatened, prompting Fingal County Council to step up plans to introduce coastal protections 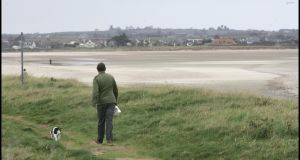 Engineers have been brought in to help fight serious coastal erosion in north Dublin that is threatening seaside properties in the wake of Storm Emma.

The weather event washed away sand near Portrane leading to one family being forced to leave their beach home last April.

However, other properties in the Burrow area of coastline could be threatened by erosion in the future, prompting Fingal County Council to step up plans to introduce coastal protections.

This month it met the National Parks and Wildlife Service (NPWS) and the Office of Public Works (OPW).

It also engaged RPS Consulting Engineers to conduct a “comprehensive analysis of the nature and extent of coastal erosion” in the local dunes, the council said in a statement on Thursday.

A presentation by the company at the recent meeting “highlighted the increased frequency and magnitude of more recent storm events and the consequent increased risk to the area from coastal erosion and flooding”.

The council said that due to the complexity of the problem and “immediate” health and safety concerns priority would be given to “interim emergency measures” in the short term. While it did not specify what this meant, such moves can include the use of rock filled cages along the coast that can be removed at a later stage.

RPS is due to present options for suitable risk management measures within the next month.

A potential permanent coastal protection option has been identified and is being assessed but the council did not explain what this might entail.

“Fingal County Council, with the assistance of the OPW and the NPWS, are committed to developing a long term and sustainable solution to the issue of coastal erosion at Portrane and the local community will be kept updated on progress in this regard,” it said.