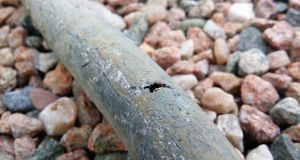 Irish Water has been accused of “appalling neglect and a breach of contract” over keeping households on a boil water notice for almost a full calendar year because of depleted chlorine levels.

He said 120 properties were dependent on this supply, and they were entitled to “safe, clean, reliable water in their homes”.

Some 38 families had the boil water notice lifted after remedial works were completed, including the installation of “booster chlorination and water mains scouring”.

But he said the remaining 80 families are “frustrated and bitter over this long-drawn-out saga”. They have been “left in limbo due to depleted chlorine levels in part of the network”.

‘As soon as possible’

It emerged that the problem was due to the age of the pipes on the public network. The water authority told them the issue would be rectified “as soon as possible”.

They had been given no timeline for this, however, and “in the meantime, they continue to boil water for drinking, food preparation, bathing babies and children, brushing teeth and preparing infant bottles and food”.

He said the issue had been going on for more than three months before the Covid-19 pandemic, and the householders were now under intolerable pressure and inconvenience.

He said that during the repair works for the 38 families, all households were left with no water supply or significantly reduced water pressure.

Mr Lowry said in one publicised case, a nurse was unable to launder her uniforms as a result of the water pressure being too low to operate her washing machine. “This is an absolute scandal and is bordering on Third World conditions for these households.”

The Tipperary TD added that “the families now face into a winter, in the midst of a pandemic, with no proper water supply. This cannot be allowed to continue, from a physical, mental and emotional perspective.”

Minister of State for Local Government Malcolm Noonan acknowledged that it was a serious local issue that needed resolution.

He said it was a matter for Irish Water, but the department had made inquiries. The notice was issued “after scheduled network testing identified low chlorine levels in the area between Kilfeakle, Golden and Thomastown, caused by the age of the pipe network in this area”.

Remedial works took place in partnership with Tipperary County Council, “to improve the water quality, including the installation of automatic flush valves and a chlorine booster station in Thomastown”.

The initial works allowed the boil water notice to be lifted from half the affected area at the start of this year.

He said further works were under way to resolve the remaining disinfection issues in the public supply. “The water quality will continue to be monitored over the coming weeks to determine whether these remedial measures have been successful.”

The Minister said everyone wanted to see the boil water notice lifted without undue delay, “but only when Irish Water has completed the necessary work and both the HSE and the Environmental Protection Agency have confirmed the water supply is safe once again”.

He pledged at Mr Lowry’s behest to continue to follow up and monitor the issue “until it is resolved”.